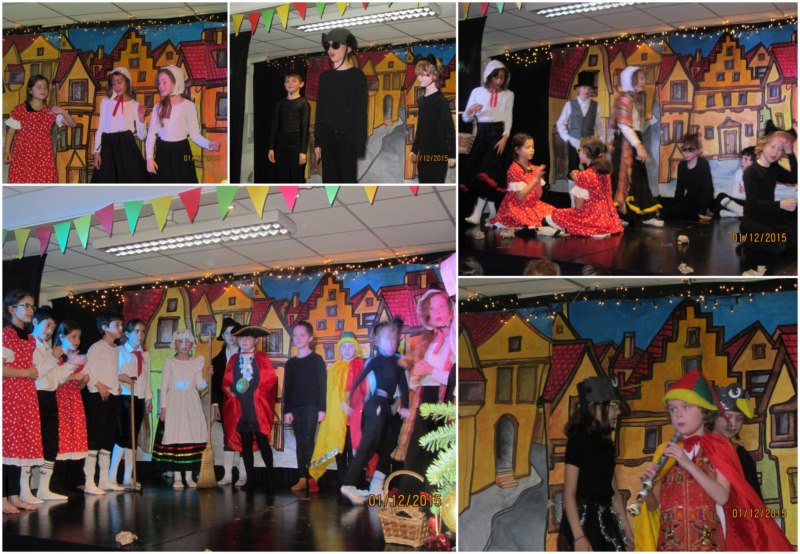 Tuesday, December 1st was a very busy and exciting day for Form Three. At 9.30 we launched the Christmas season with the Dress Rehearsal of our Christmas play – “The Pied Piper”. We were very excited and a little nervous, but thankfully everything went really well.

When we returned to the classroom we read about the history of Christmas traditions and also looked at an online Advent Calendar. After clicking the 1st of December on the calendar, a flag popped up… and it was the flag of Malta, an island in the Mediterranean.

We learned how Maltese children celebrate Christmas. It was quite similar to ours because they were once ruled by Britain. “Merry Christmas” in Maltese is “Il-Milied-it-Tajjeb!”

We also got a bonus country – India. Most people in India are Hindus, but Christians who live there also celebrate Christmas. They decorate mango and banana trees and in the south of the country people light little lamps and place them along walls and on the edge of roofs so that the houses twinkle with light. Christmas is called ‘nada din’ meaning ” big day” and it’s a public holiday for everyone.

Finally ,we shared some Christmas jokes which were posted by children the same age as us. Here are a few of our favourites –

Q- “Why was Cinderella such a poor football player?”

A- Because she kept running away from the ball!

Interesting fact : The first day of Christmas is the 26th of December or St. Stephen’s Day and the 12th day is the 6th of January!