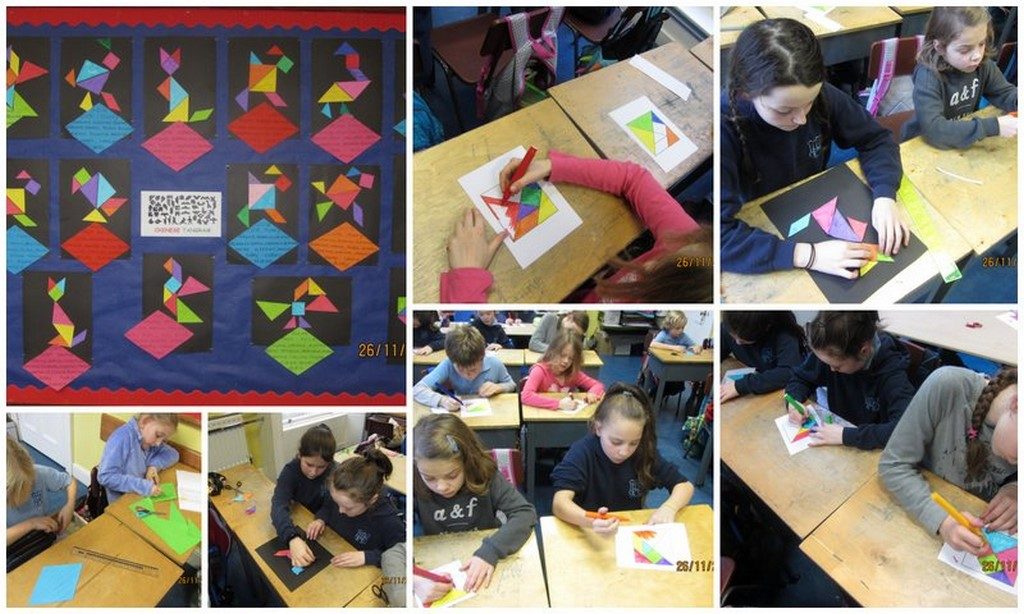 During Maths class, Form Four have been learning to name different shapes & angles.

In Art class we observed how different shapes of a Chinese tangram can be transformed into figures and animals. The tangram is a dissection puzzle consisting of seven flat shapes called tans. There can be no overlapping between the forms.

Form Four also composed a Diamante Poem to complement their tangram figure. This is a poem in the shape of a diamond and has seven lines, using specific types of words like nouns, adjectives and adverbs.

The result of all this work was a colourful, animal tangram presented with a beautiful poem by everyone in the class.