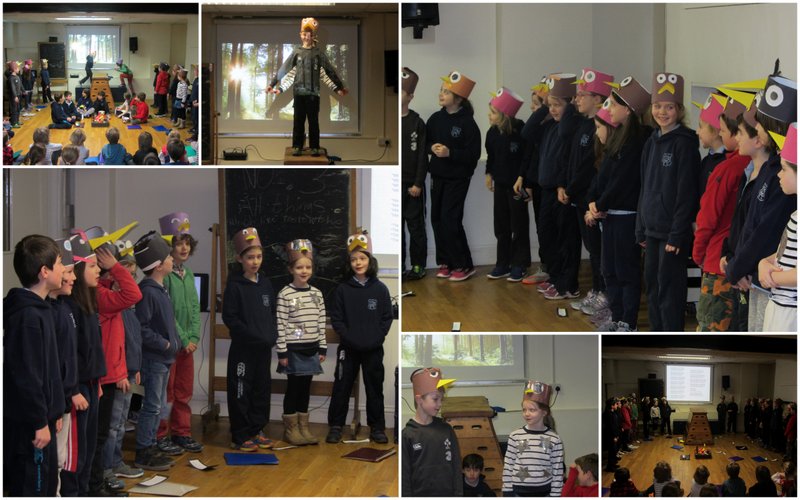 As part of our Winter Theme we have been learning about the two smallest birds in Ireland, the Goldcrest and the Wren. We learned a song called “Hunting The Wren,” which was traditionally sung in the Isle of Man on St. Stephen’s Day. We also performed a little play showing how the wren became the king of the birds.

Here are some facts that you might find interesting:

We really enjoyed learning about these tiny birds!