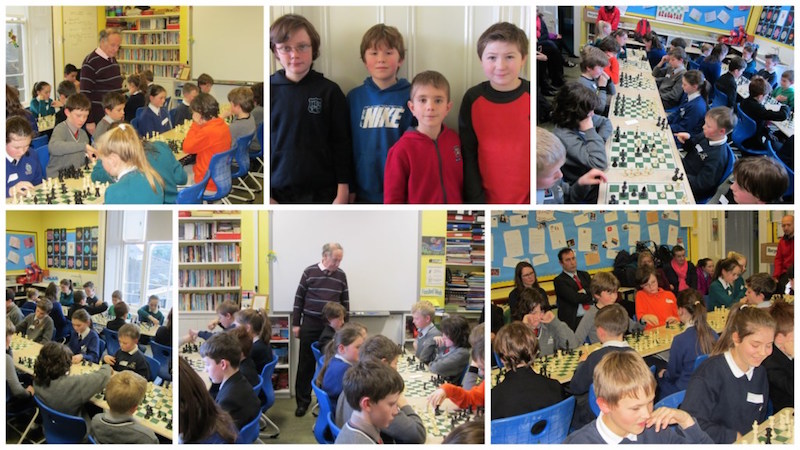 Congratulations to everyone who took part in the annual AIJS Chess Tournament which was hosted by RJS yesterday afternoon. Four player teams representing six schools enjoyed four matches each, with a very high standard of chess on display.

Each game was a ten minute speed chess match, with just ten seconds allowed for each move. This provided a great opportunity for all those involved to play against new opponents in a competitive but very friendly atmosphere.

We would like to thank the parents, teachers and pupils of Willow Park, Wicklow Montessori, Notre Dame, Mount Anville and CBC Monkstown for their involvement in the competition and helping make it a great success. Congratulations to our own very young team of Óisin, Barry, Josh and Quentin who did themselves and the school proud. Thanks also to Mr. Murphy, as always, for his guidance and support during the afternoon.