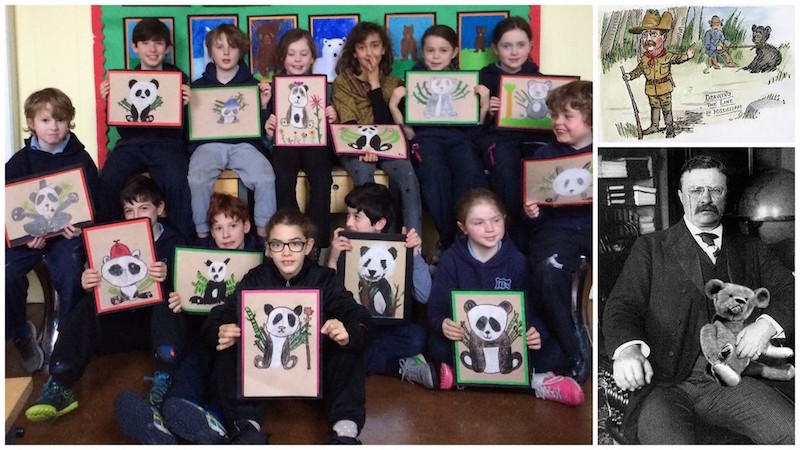 “My Favourite Thing”, was our starting point for some cross curricular work on bears. A few people loved their X-Boxes and iPads and bikes, but for others it was their teddy or stuffed toy that was their first choice.

We saw a PowerPoint on the history of toys and we discovered that the teddy bear was named after the President of America -Theodore Roosevelt, known as “Teddy” to his friends. The President was kind hearted and wouldn’t shoot a bear cub while out hunting. Then,a man called Michton read the story in the newspaper and made a bear out of felt. He sent it to President Roosevelt and got permission to call it the “Teddy Bear”.

We also did some research on real bears. There are eight different types of bears altogether: The North American Black Bear, the Brown Bear, the Polar Bear, the Asiatic Black Bear, the Spectacled Bear, the Panda, the Sloth Bear and the Sun Bear – the smallest of the species.

The Koala Bear isn’t a bear but a marsupial like the kangaroo! Our favourite bear is the Panda and it makes us sad that it is endangered because many of the forests where they live have been destroyed.