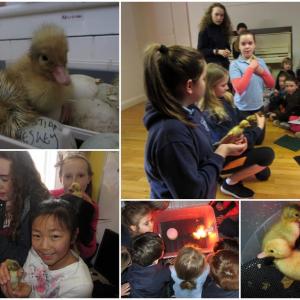 On the second of February 2016, Form Fix placed fourteen duck eggs into our school incubator. Some of the class shared an egg and others had their own. Some of the names we gave our potential ducks were; Vanessa, Olaf HBB, Freddie, Taco, Aussie, Quackers, Aslan and others. One by one we chose our eggs, wrote their names on their shell and placed them in the incubator.

One week later we used a special device to ‘candle light’ the eggs in order to see if the ducks were alive. Four of them definitely had no life in the egg. The other ten had signs of life. After about three weeks we did another session of candle lighting; all the ducks that had life before were still looking good – Bobby Jr and Taco were very alive! On the first of March Olaf HBB, Taco and F. Patricia Jr had cracks on their eggs. These three ducks then hatched on the second of March, this Wednesday. We were all so excited, but some of us were upset because our ducks hadn’t yet hatched.

On the 4th of March Patrick and his mum decided that they had to help two ducks get out of their shells Aslan and Quackers. At eleven o’clock Patrick started to help Aslan emerge from his shell. It wasn’t a pleasant experience watching the duck come out of its shell, but slowly Aslan seemed to get stronger and by the end of this morning he is looking much better. Then Patrick helped get Quackers out. Although some people were still sad that their duck didn’t hatch, we had a great time seeing them develop and hatch.

Our ducks all have different personalities and on Thursday morning in Assembly they went down to meet the whole school. They stayed in their cosy brooder after they were born and all the classes visited them and had a chance to see them in the Library. We will be seeing goodbye to them today, when they will return to live with Luky, Patrick and Johnny on their farm. We look forward to seeing them when they visit the school again just before the Easter holidays. 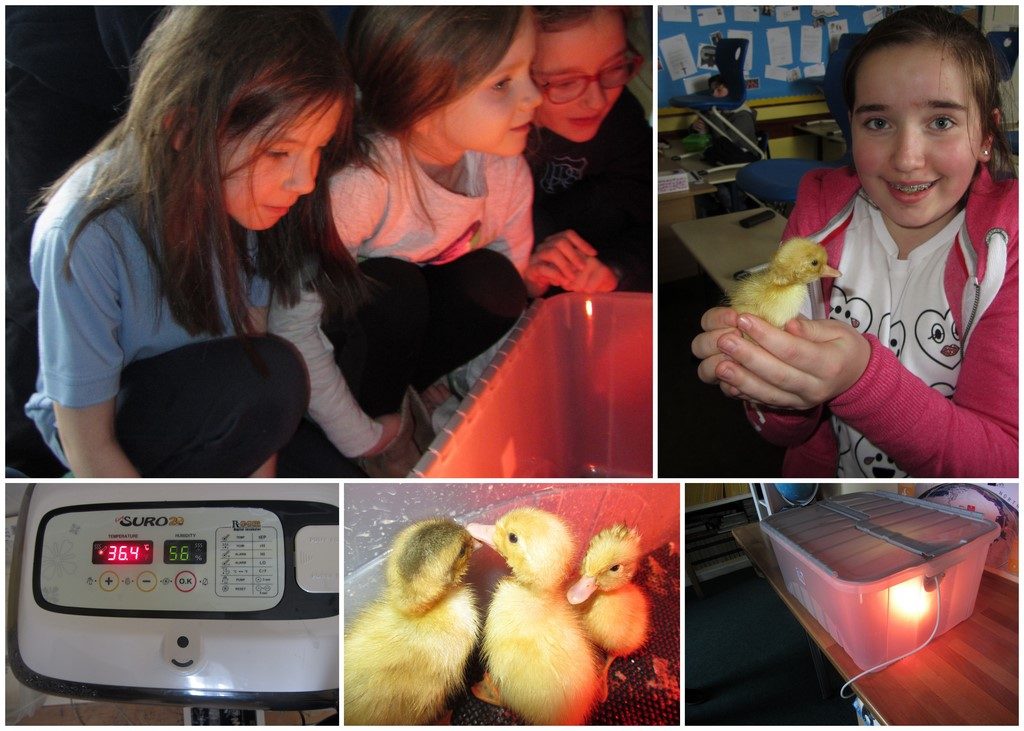