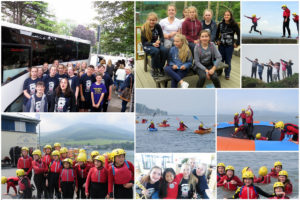 Leaving school be-decked in fantastic “Class of 2016” t-shirts, kindly organised by the parents, we enjoyed the journey up to Co.Louth, especially the “fuel stop” at Applegreen service station. Arriving at Carlingford there was time for a quick lunch, to settle in our rooms and then head over to the harbour for our first activity – kayaking.

This year we were incredibly lucky, not only was the sun shining and there was no wind, but there was also a high tide. This meant a lot more time could be spent on the water, with no difficulty caused by the conditions. Form Six enjoyed a bounce on the sea trampoline and to finish off pier jumping, for those brave enough or so inclined.

After dinner Form Six spent the evening playing a “murder mystery” Cluedo-type game in groups, using maps and clues on their way around the village. When that was done we went down to the seafront for a BBQ of sausages and for a play until late, returning to the Centre for lights out.

When our morning activity was over it was time to say goodbye to the wonderful instructors and staff at Carlingford, then dinner and back on the bus to Dublin; not without a stop at the local beach for a tired stroll on the strand and one more visit to Applegreen (just in case we hadn’t had quite enough sweets!) 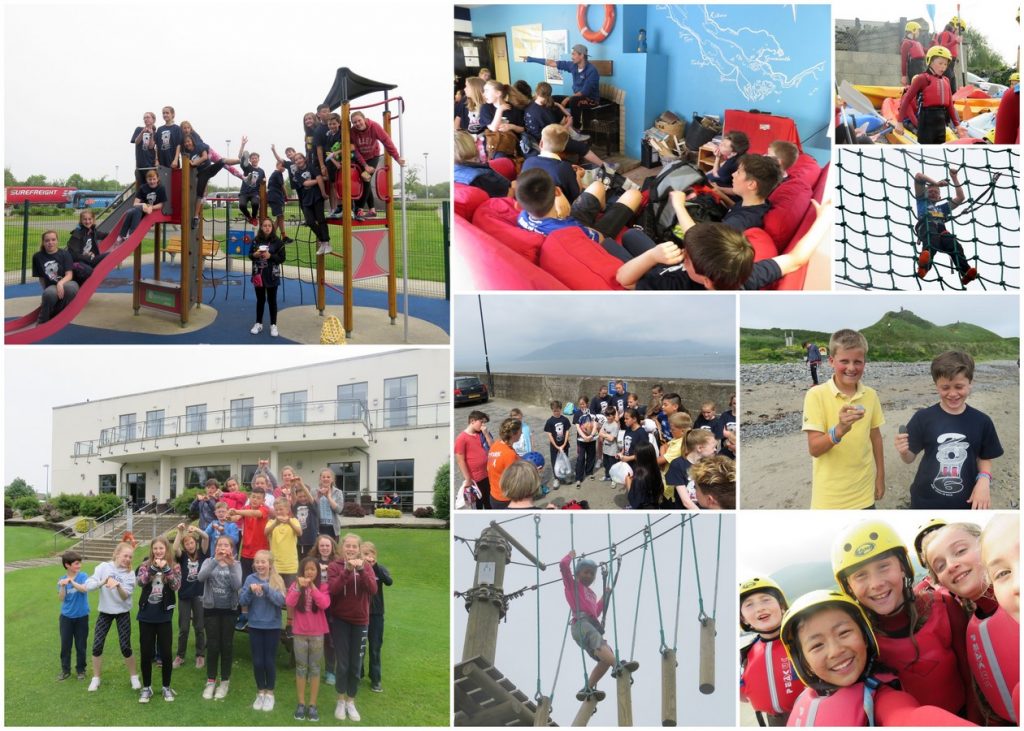