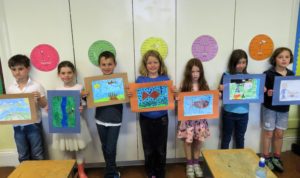 We have been learning about the legend of ‘The Salmon of Knowledge’ in our History class. The story is about an ancient hunter/warrior named Fionn MacCumhaill and how he acquired the gift of knowledge after tasting magic fish from the River Boyne in County Meath. Fionn went on to become the leader of the Fianna as he was very wise and able to foretell the future.

There are a number of other stories about Fionn MacCumhaill including the legend that he was a giant who built the Giant’s Causeway in Co. Antrim as stepping-stones to Scotland. He is also sometimes said to have scooped up a large part of Ireland to throw at an enemy, but he missed and it landed in the Irish Sea. The land he scooped out left behind Lough Neagh and the land which fell into the sea became the Isle of Man!

We illustrated our favourite parts from the story of “The Salmon of Knowledge” in Art class, which are now on display in our room. We hope you like them. 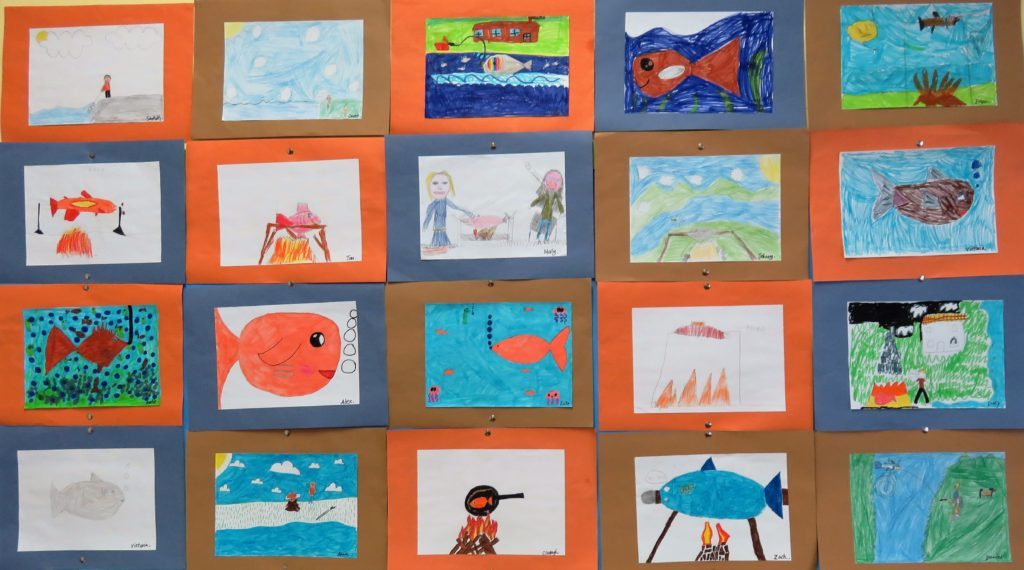 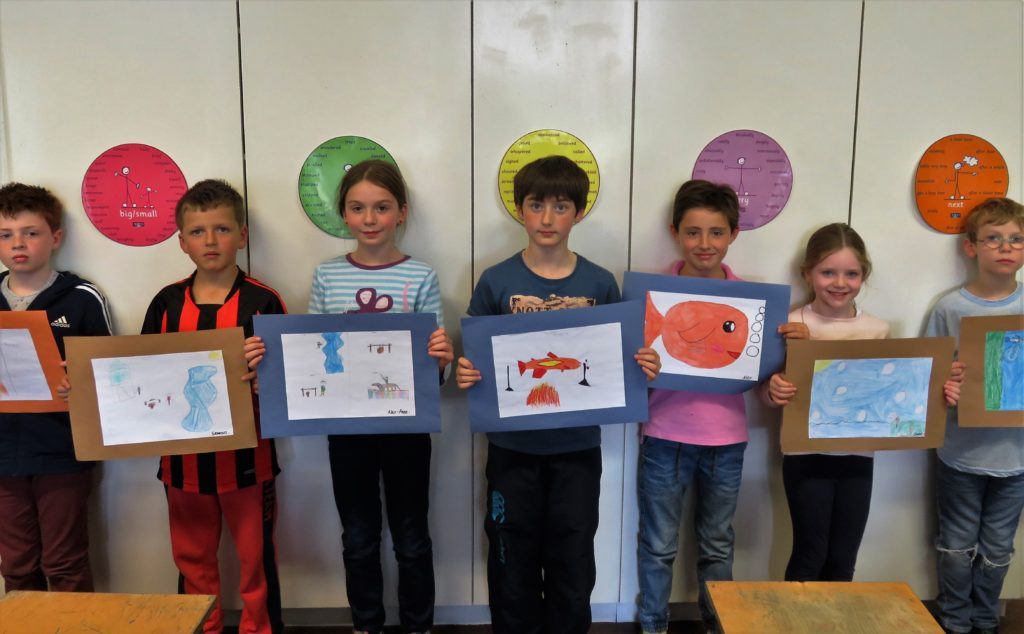