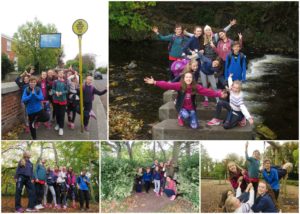 Bothár – A charity that provides livestock to community groups in developing countries to enable them to support themselves their families and their communities.

Breast Cancer Ireland – A charity that raises funds in order to fund research into a cure for cancer.

On Thursday 27th October Form Six finally went on our sponsored walk. At first we had loads of energy and it was really fun but after a while we got really tired.

First we walked to to Rathgar, then Terenure and eventually we arrived at Bushy Park. When we came to a bridge across a little stream we had a game of ‘Pooh sticks’. Oisín’s stick made it all the way through the bridge and down the waterfall on the other side so we declared him the winner!

After that we crossed the giant stepping stones over the river Dodder. We all struck a pose; even Mrs Glass and Mr. Adair.

We walked through the beautiful autumnal trees and had a race up a hill over the roots of a gigantic tree. It was difficult to decide a winner as there was a fair amount of cheating going on!

At the top of the hill we stopped at the playground for our lunch – and a short play.

Next we rolled down a big grassy bank. Some of us were better at this than others – either way it was a lot of fun.

Eventually it was time to head back to school.

We all completed the walk, raised money for charity and had a lot of fun! In the end we managed to €1325 for our chosen charities!! 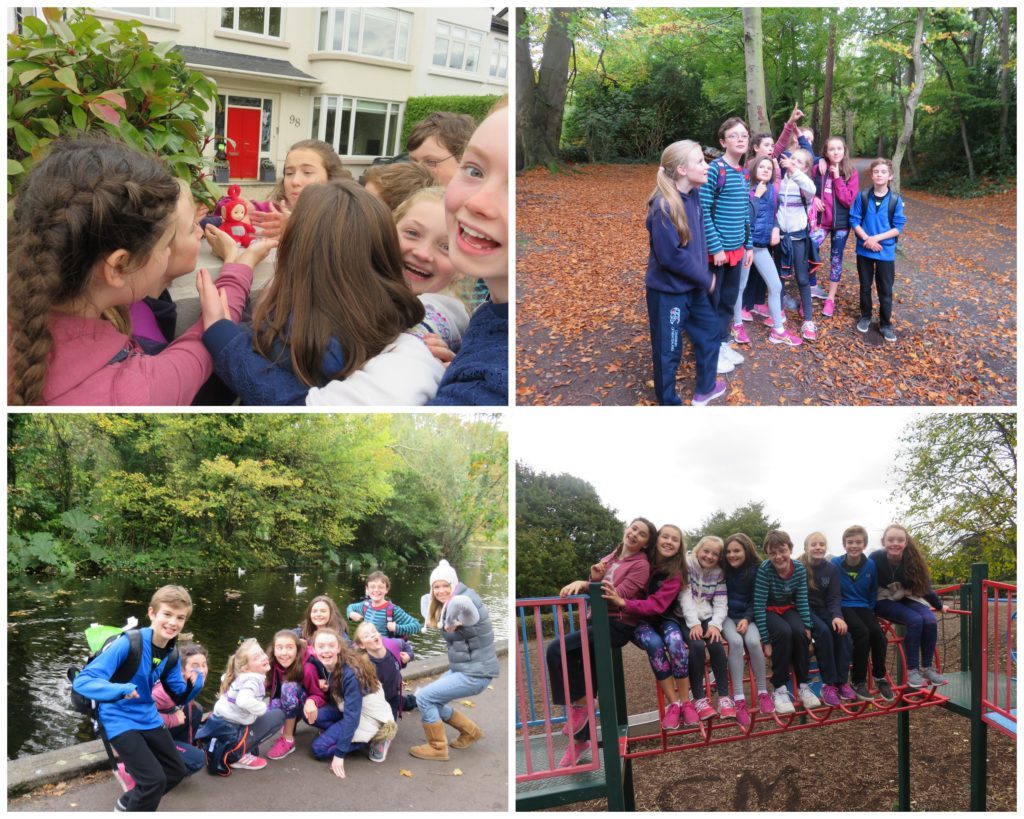