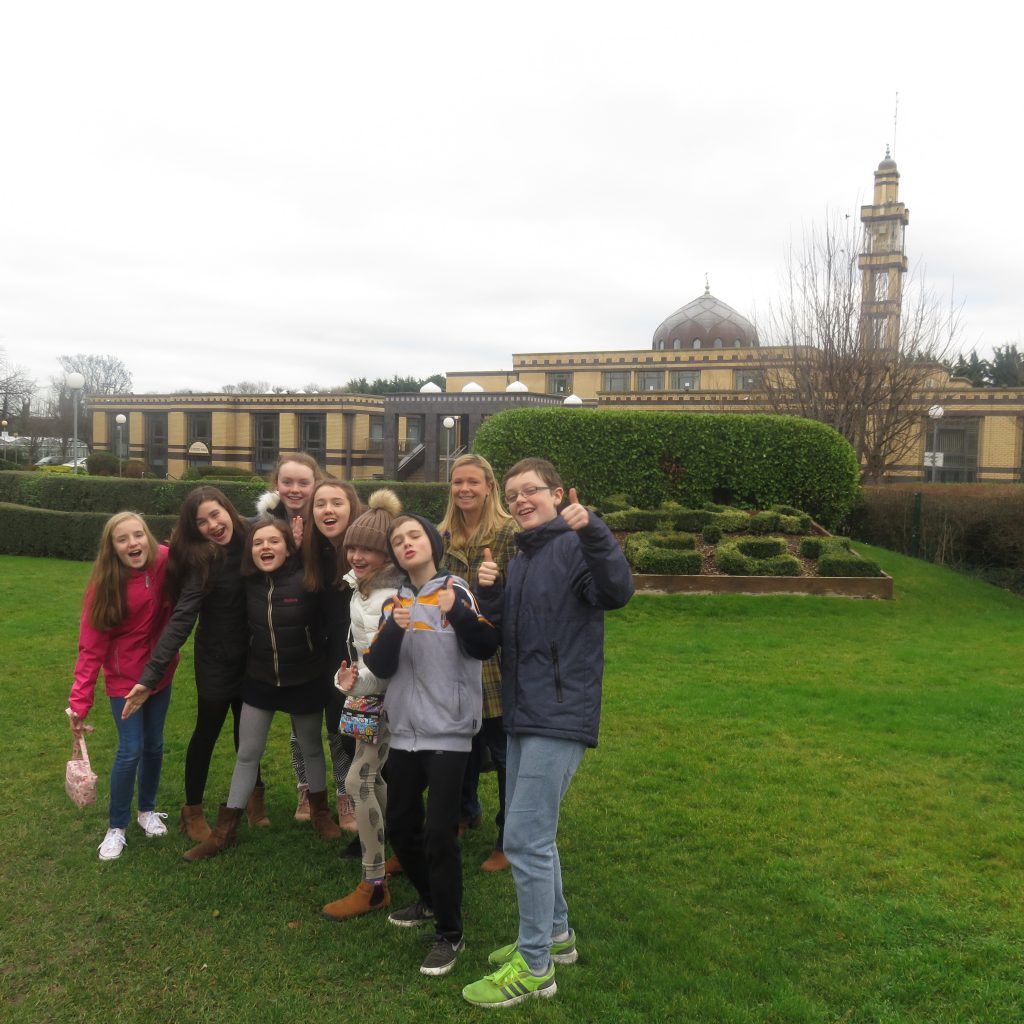 On Wednesday the 19th January, Form Six went on an outing to the Mosque as pasrt of our Comparative Religions study.

First we walked down to Ranelagh to get the number 11 bus to Clonskeagh. When we arrived at the Mosque we took some pictures on the front lawn.  I thought the Mosque was really pretty with its tall minarets and unusual colours.

We went to reception, and the man there told us that our tour guide would be along shortly.  After a while we began to read the leaflets and play games as we waited.  When our guide came he brought us to a little lobby area, with only a carpet and two pictures.  The first picture he showed us was of the Kaaba inside the Great Mosque of Makkah and of four million Muslims praying during their Hajj (pilgrimage).  Our tour guide then told us lots of information about the picture.  The second picture was of the Prophet’s Mosque in Medinah, built by the prophet Mohammad.  Our guide also told us a lot about this one and he asked us some questions too. We had just started learning about Islam so most of us didn’t get many questions right!

Our tour guide then told us that the next place we would be going didn’t allow people to wear shoes, so we all had to take off our shoes.   The room was the mosque itself – a praying room, with huge pillars and a fancy, giant chandelier hanging from the ceiling. There were no chairs, just a thick green, white and golden carpet.  Our tour guide  then demonstrated how Muslims pray and he showed us  their holy book, the Qur’an . He also told us that all Muslims know at least half or more of the Qur’an off by heart.

After that he gave us all a pen, and we said ‘’goodbye and thank you’’ for the tour was over. Before we left we went to the Golden Olive restaurant to have our lunch. Most of us went for the chicken tikka masala, which was very enjoyable.  At around 2 o’clock we got back to school.  It was a great outing and we all enjoyed ourselves! 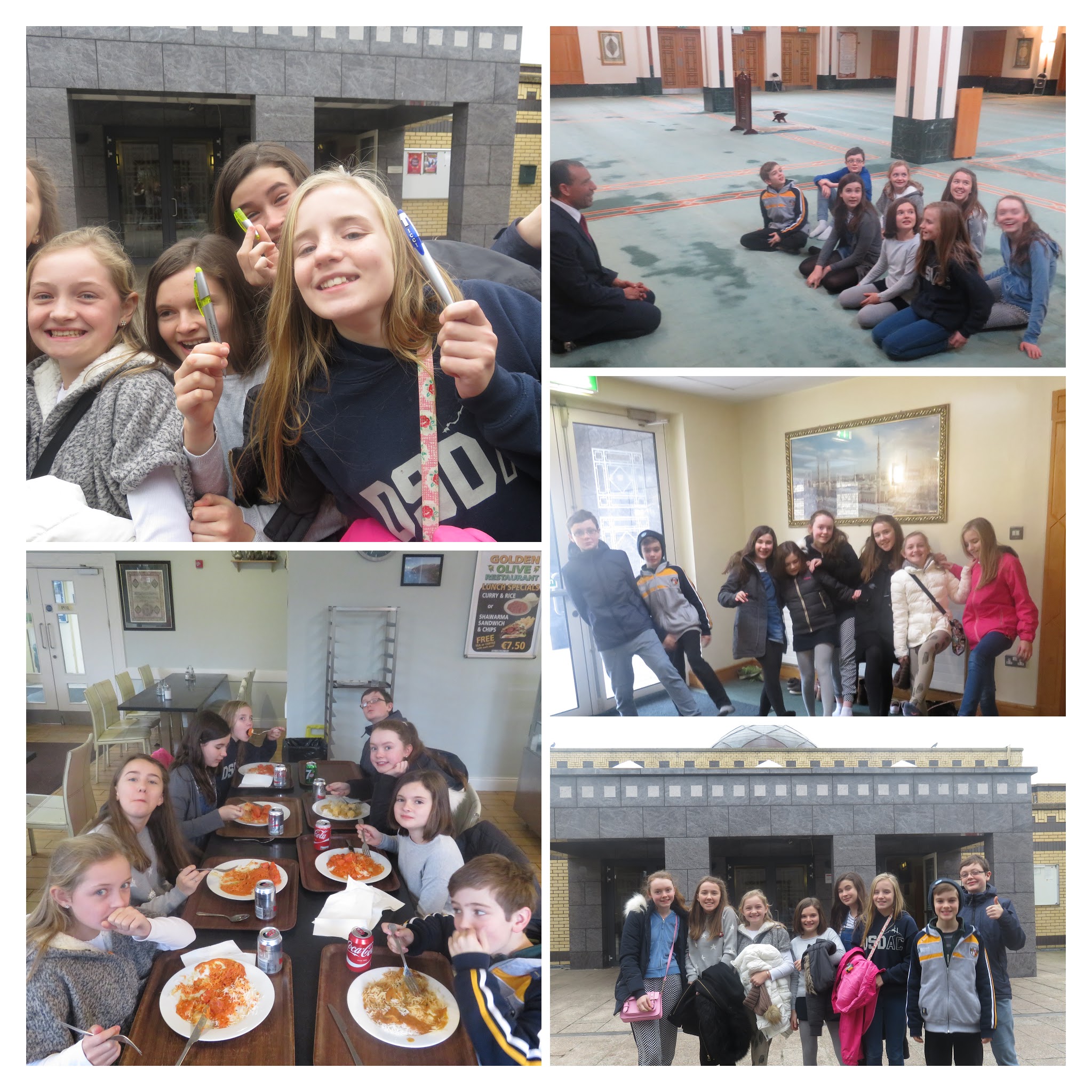