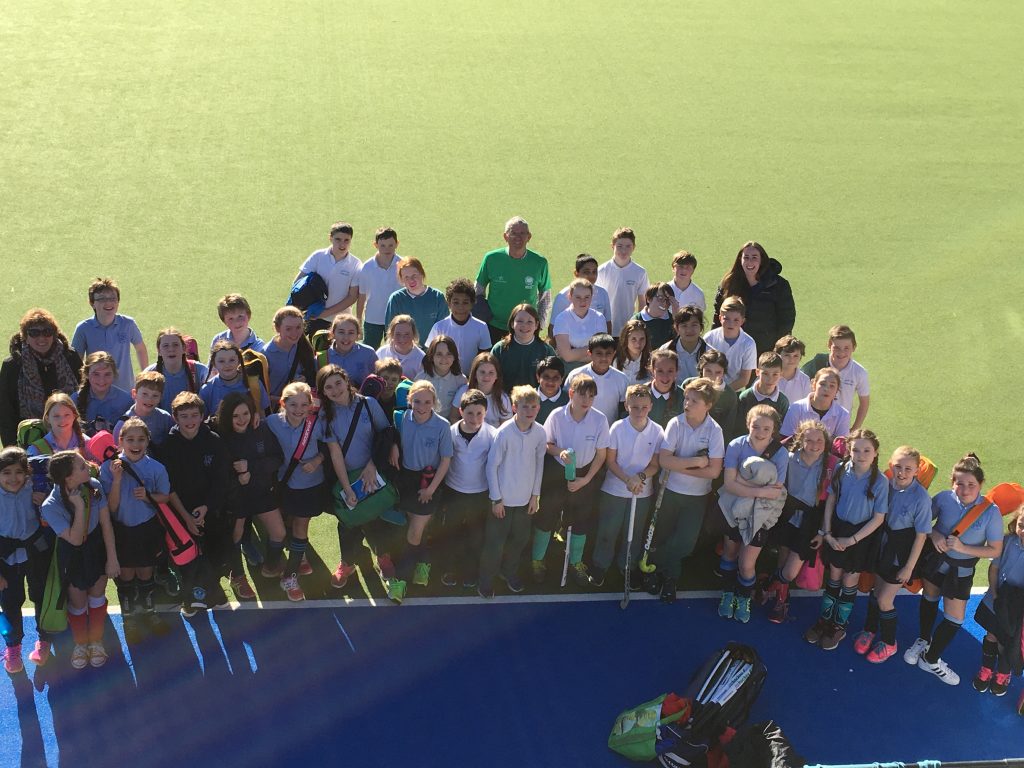 Last year an old school tradition was revived when Form Six went to visit Newtown School in Waterford. This year the pupils of both Forms Five and Six had the pleasure of inviting Newtown on a return visit for an afternoon of fun and hockey.

We could hardly believe it when we arrived into school on Wednesday morning and the sun was streaming into our classrooms- it was like a summer’s day. The sun continued shining as we arrived at Three Rock Rovers Hockey Club to greet our guests.  They were tired after the long trip from Waterford, but perked up once we all hit the pitches at about midday.

Both schools split up into three teams and for the next hour we played our hearts out! Each team played three ten minute matches and as two matches were run at the same time we hardly had time to rest in between each game. The pace was fast and the matches were competitive but also great fun. Newtown very kindly provided both the umpires, who were extremely fair and helped to make the games flow seamlessly. We were very impressed that Roger, one of the umpires, had not only been a pupil in RJS, but was also a former international player for Ireland!

When the tournament was over we were very hot, tired and hungry. We climbed the steep steps of the clubhouse and opened the doors to see a long table laden with sandwiches, cocktail sausages, chicken goujons and jugs of squash.  Soon we were eating and drinking amazingly quietly as it was a little hard to make conversation at first.  Gradually we got to know our visitors and the noise level increased!  The arrival of chocolate biscuit cake for dessert brought the noise level down again.

Just as we were finishing off Mr. Adair thanked the pupils and staff of Newtown for coming and giving us an excuse to have such fun. Ms McSweeney, the Principal of Newtown then presented each one of us with a Newtown School calendar as a memento of the day.

As we arrived back in school, happy and tired, the sun was still shining.  We would like to say a big ‘Thank You’ to the staff and pupils of Newtown School for coming and to Mr. Adair, Mrs. Silke, Mrs. Glass and Mrs. Derham for organising everything.  Form Five are already looking forward to the tradition continuing next year! 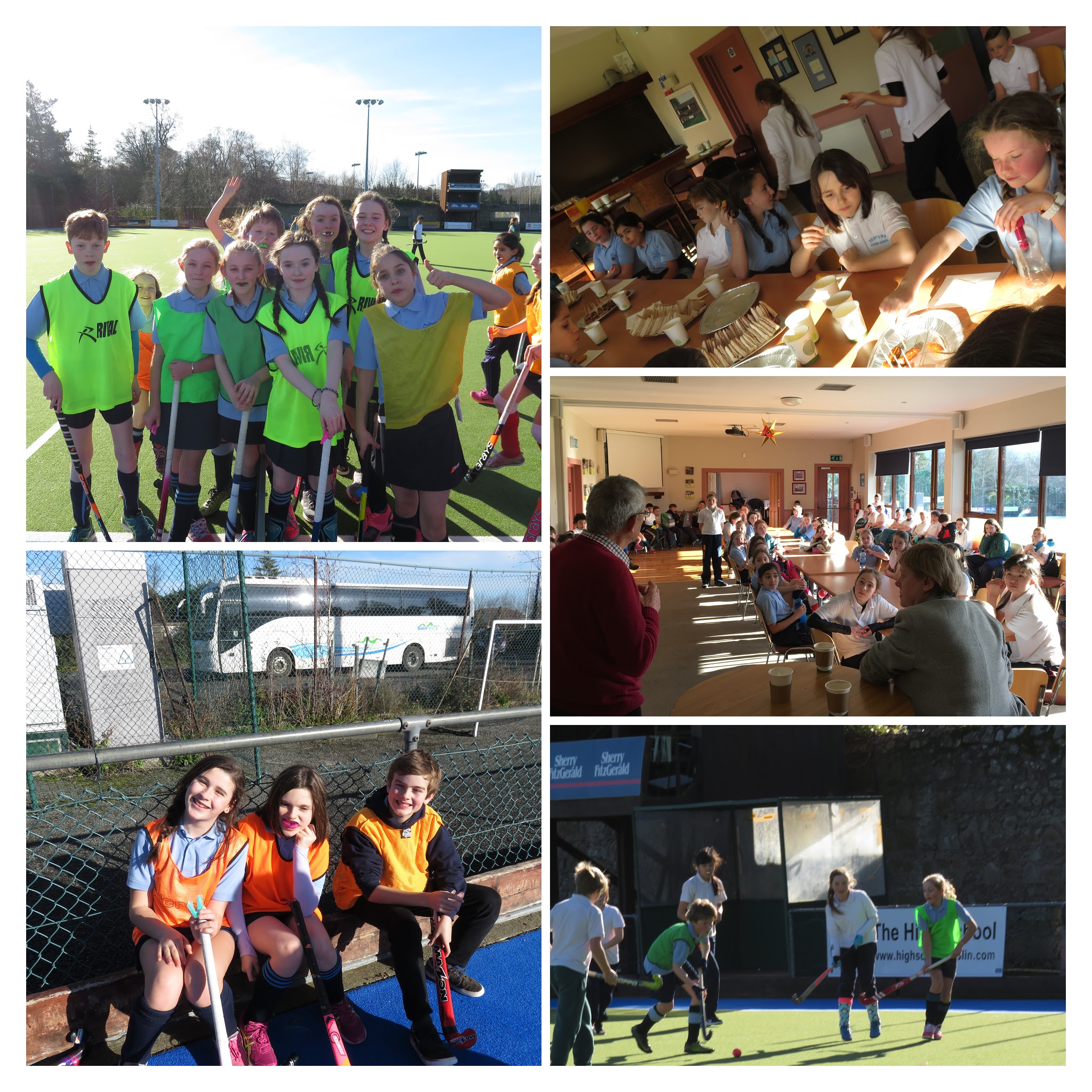 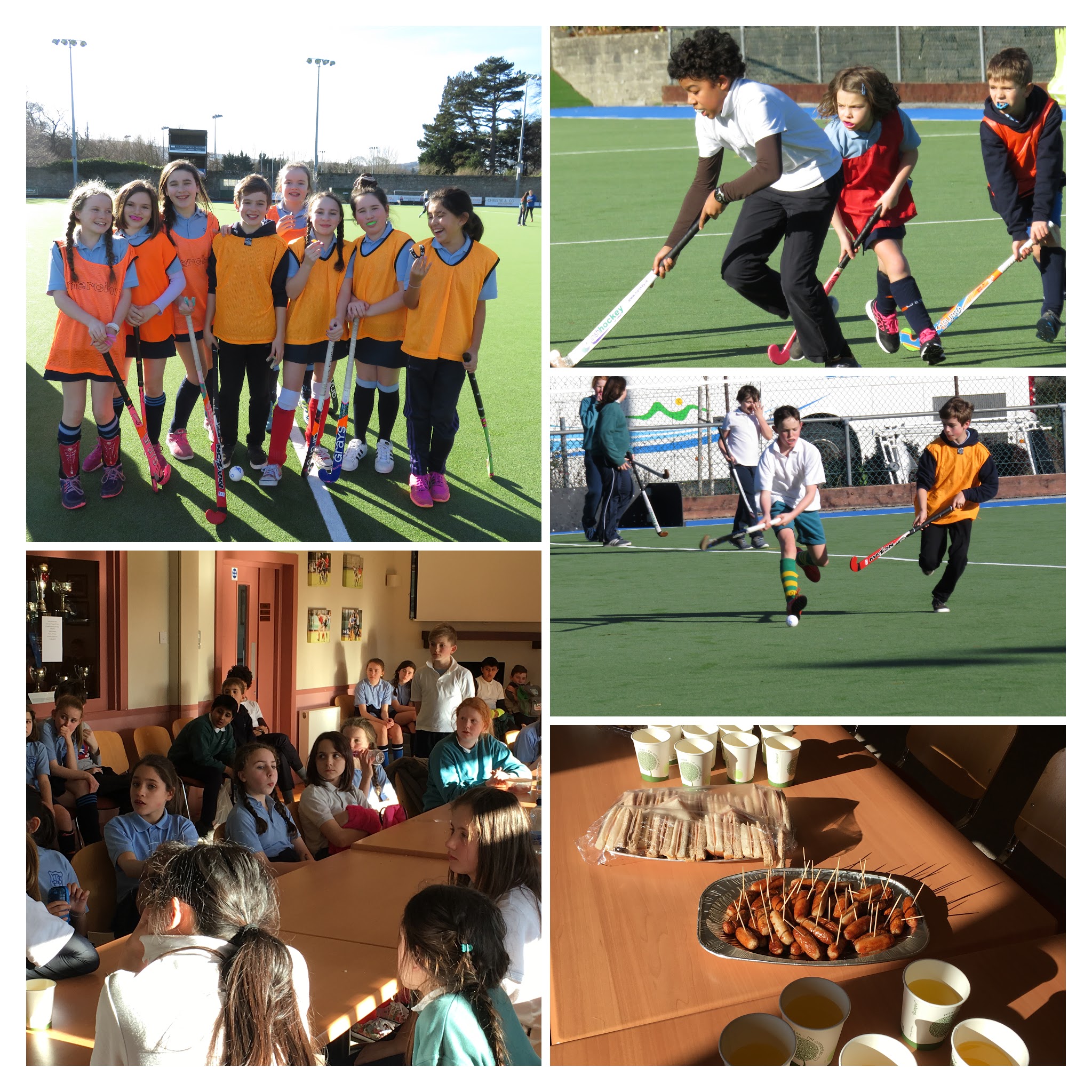 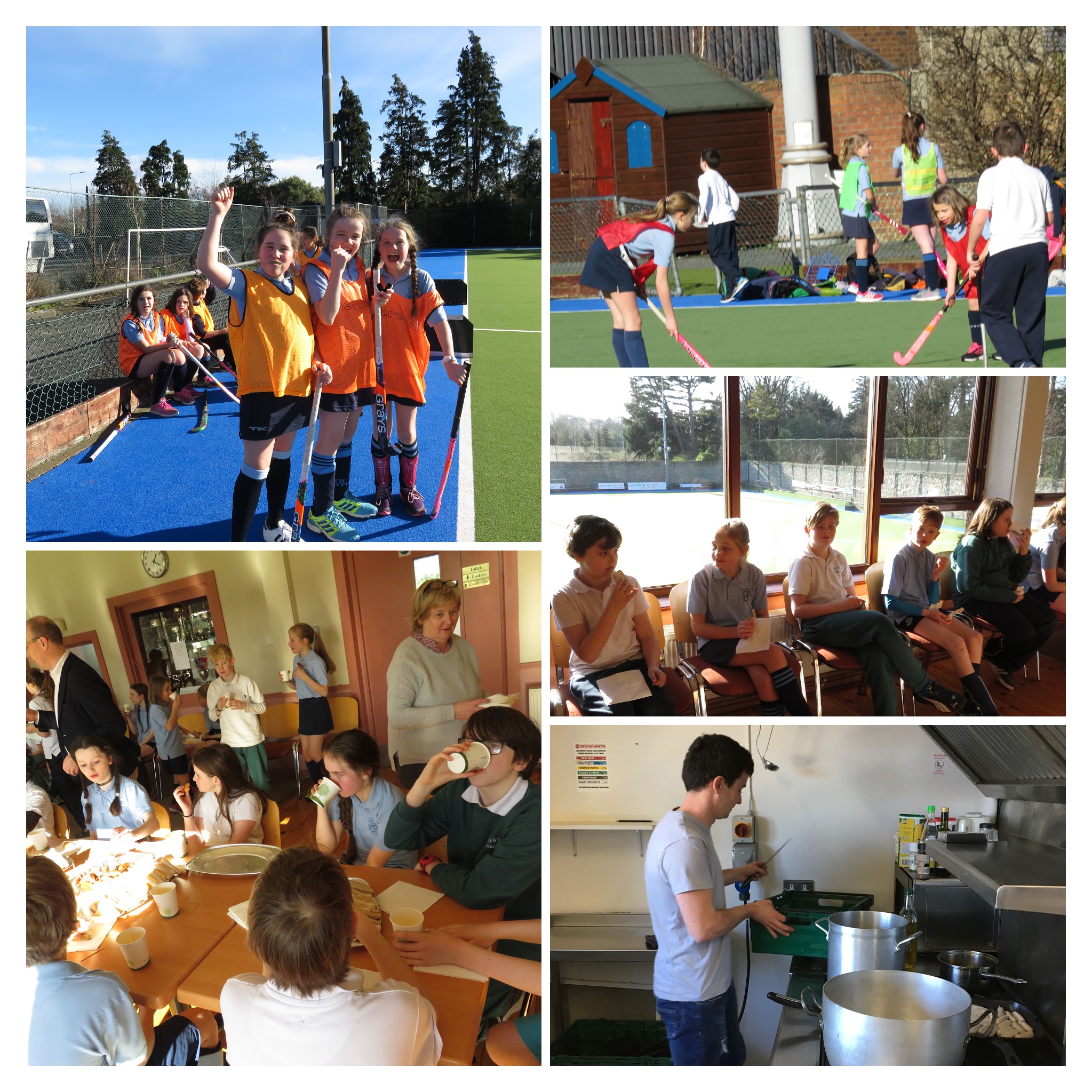