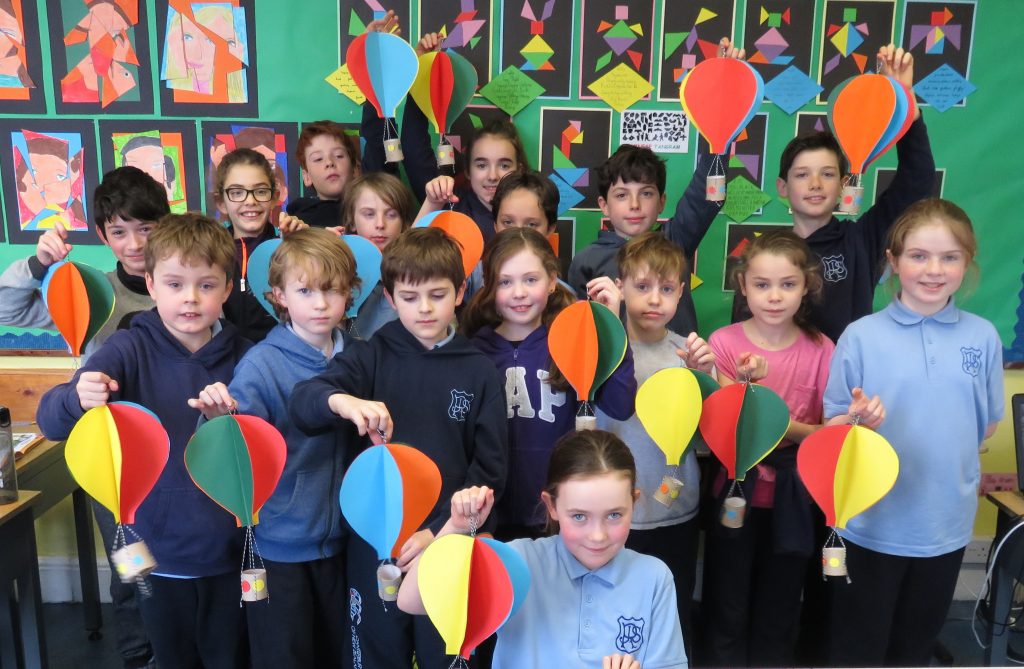 Form Four went on a journey of discovery to France where we learned about the Montgolfier Brothers and the Hot Air Balloon in 1783.

We learned a lot of interesting facts about the history of ballooning and presented these in our assembly last week.
Although balloons have existed for thousands of years in some form, theirs was the first untethered flight with humans.  Most balloons are made of nylon which is a very durable material. The proper name for the balloon part is an envelope. Weather balloons are launched around the world for observations of the weather forecasting.
All of the class produced our own model of a hot air balloon during Art class. These were made from coloured card, a toilet roll and string.
We put the balloons up on display in the Gym for our assembly and sang a song in French called “La Ballade des Gens Heureux.”  We hope you like the photos?!
Up, up and away! 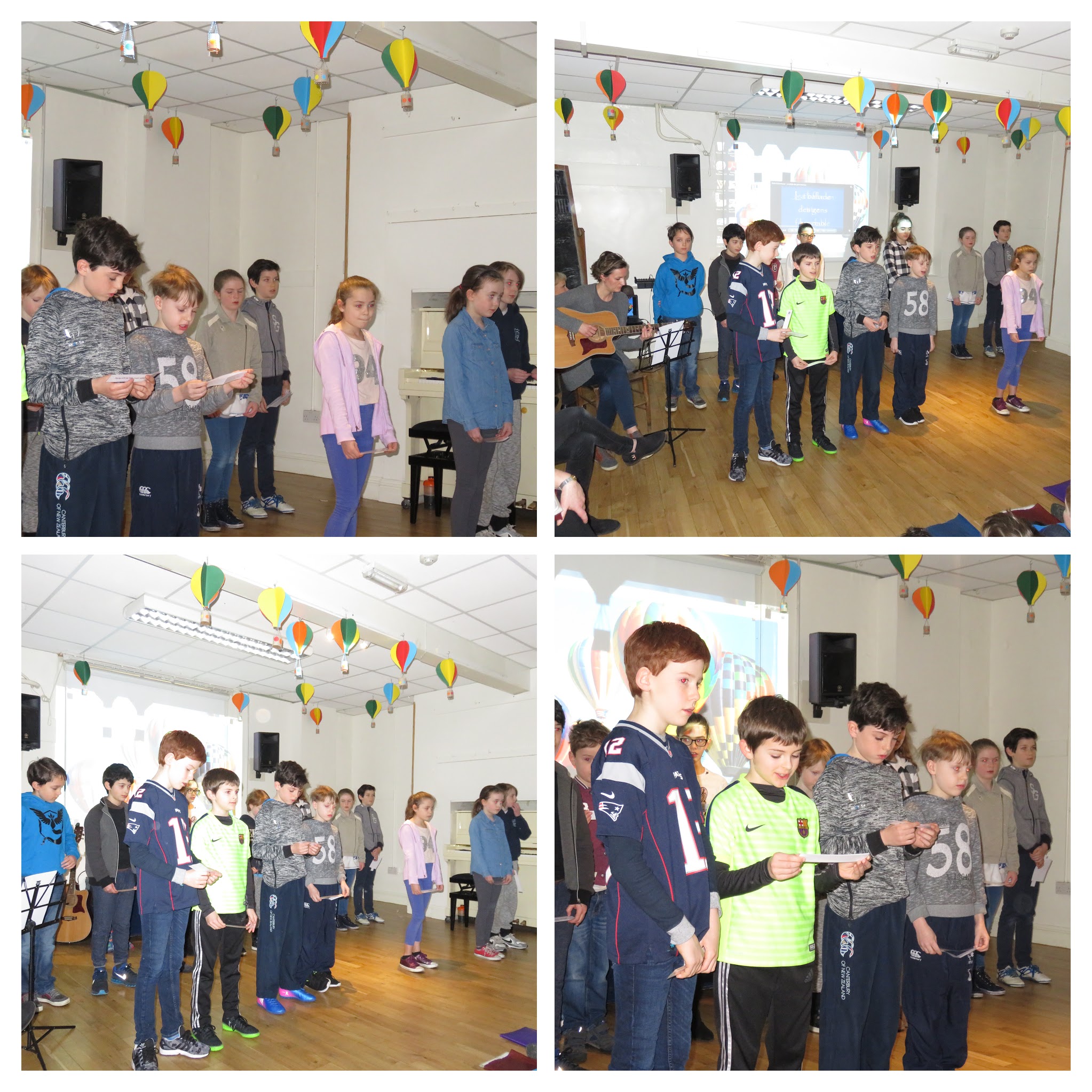