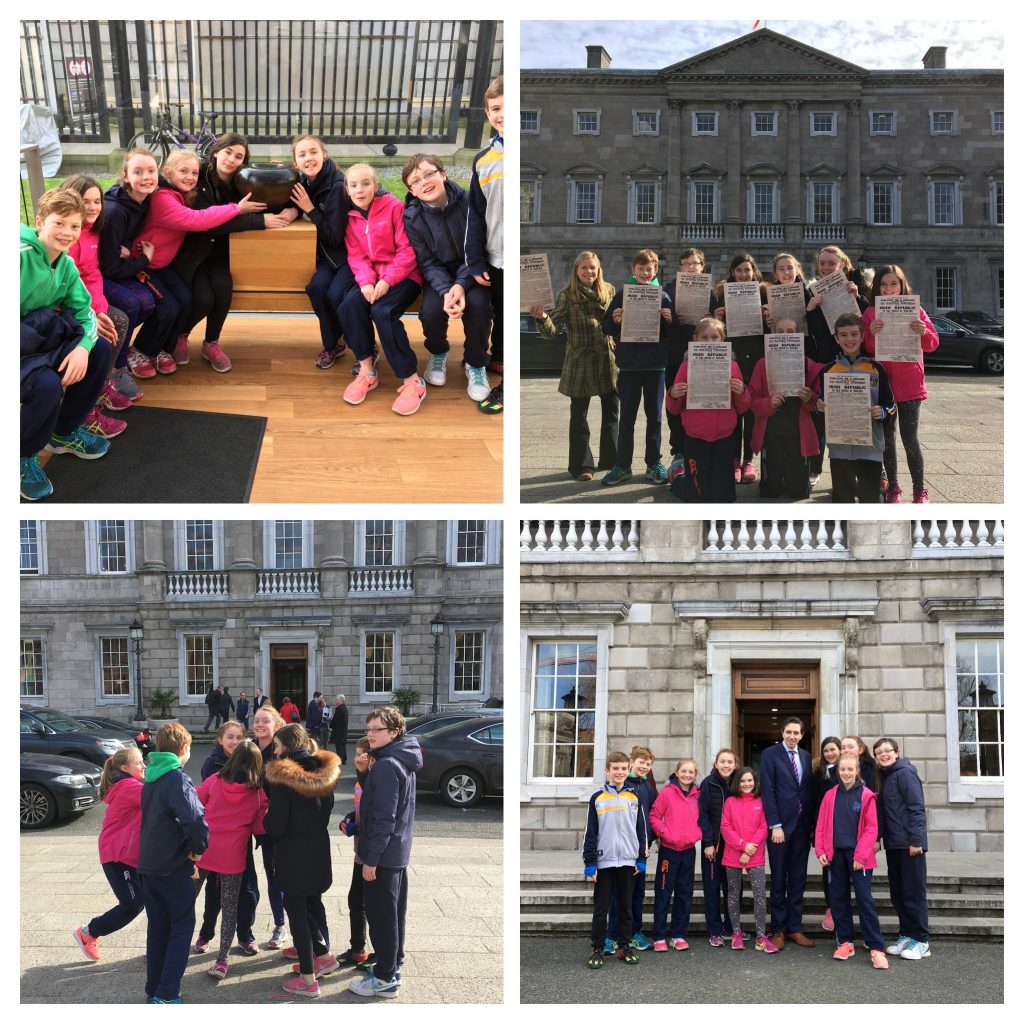 Having studied politics and politicians in class it was good to visit the place where all the laws of our country are made and to recognise a few faces from our studies.

When we arrived we waited for a brief moment in a reception area where there was a very popular piece of sculpture that we all liked.  Then it was time to go into the main building and climb several flights of stairs to the Dáil viewing gallery.  We watched a debate for about ten minutes.  There weren’t too many TDs present, but we recognised Minister for Children & Youth Affairs,Katherine Zappone and heard the Sinn Féin leader, Gerry Adams, speaking.

Next we were taken on our tour of the building by one of the ushers.  We saw several portraits of former Taoisigh in the the stairwell gallery and our guide told us lots of information about the Oireachtas and the history of Leinster House, which used to be the HQ of the RDS and before that the home of the Duke and Duchess of Leinster.

We spent a few minutes in the Seanad where another debate was taking place, although there only appeared to be one or two Senators present.  It was a beautiful room, with a very ornate ceiling that was formerly used for entertaining in the days of the Duke and Duchess.

At the bottom of the stairs outside the Seanad was a huge flag from the US Civil War, to commemorate the role of the Irish who fought for the Union.  It was donated to Leinster House by President John F Kennedy on his visit to Ireland in June 1963.  Before we left we saw some more important portraits, including Eamon de Valera and Michael Collins.

As we posed for our photo in front of the building outside we spotted the Minister for Health, Simon Harris, so some of us asked him if he would mind joining us for a photo.  He asked us a few questions about ourselves and then we got our picture before returning to school.  Overall this was a very enjoyable trip.