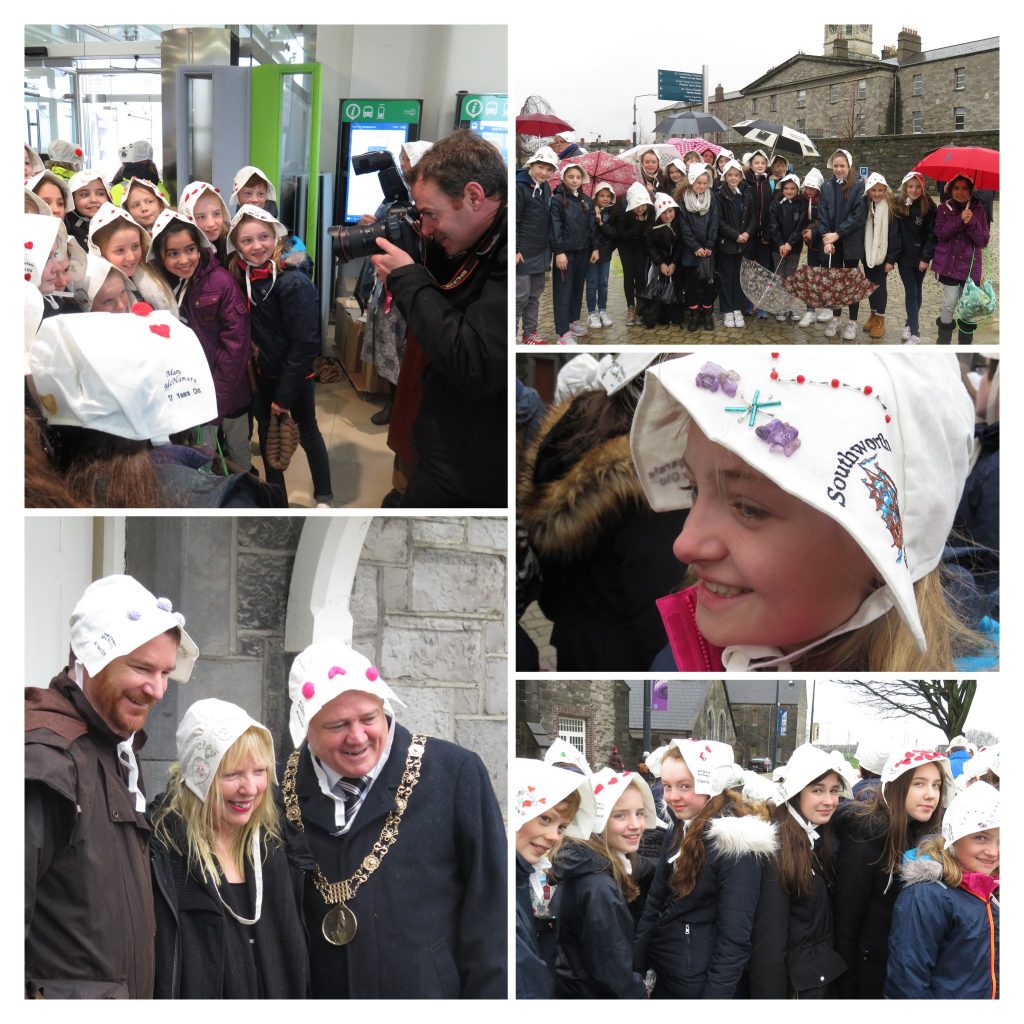 We enjoyed a really special visit from Australian artist, Christina Henri who came to RJS on Wednesday 1st March,

Christina spoke to all the children from Forms One to Six in assembly, explaining the story behind her 13 year ongoing project to commemorate each of the 3,216 women and their 506 children who were transported from Ireland to Australia between 1788 and 1853.

Christina spoke personally, passionately and movingly about these women and her ongoing project to remember each of them by inspiring people from all over the world to sew and decorate a personalised bonnet in their honour.

After assembly Christina spent more time with Forms Four, Five and Six who all had lots of questions.  We were lucky to have a chance to see the bonnets up close and admire the beautiful embroidery and variety of ways they have been decorated.  Form Four made ships out of paper to reflect on the three month journey that each trip to Van Diemen’s Land took on average. 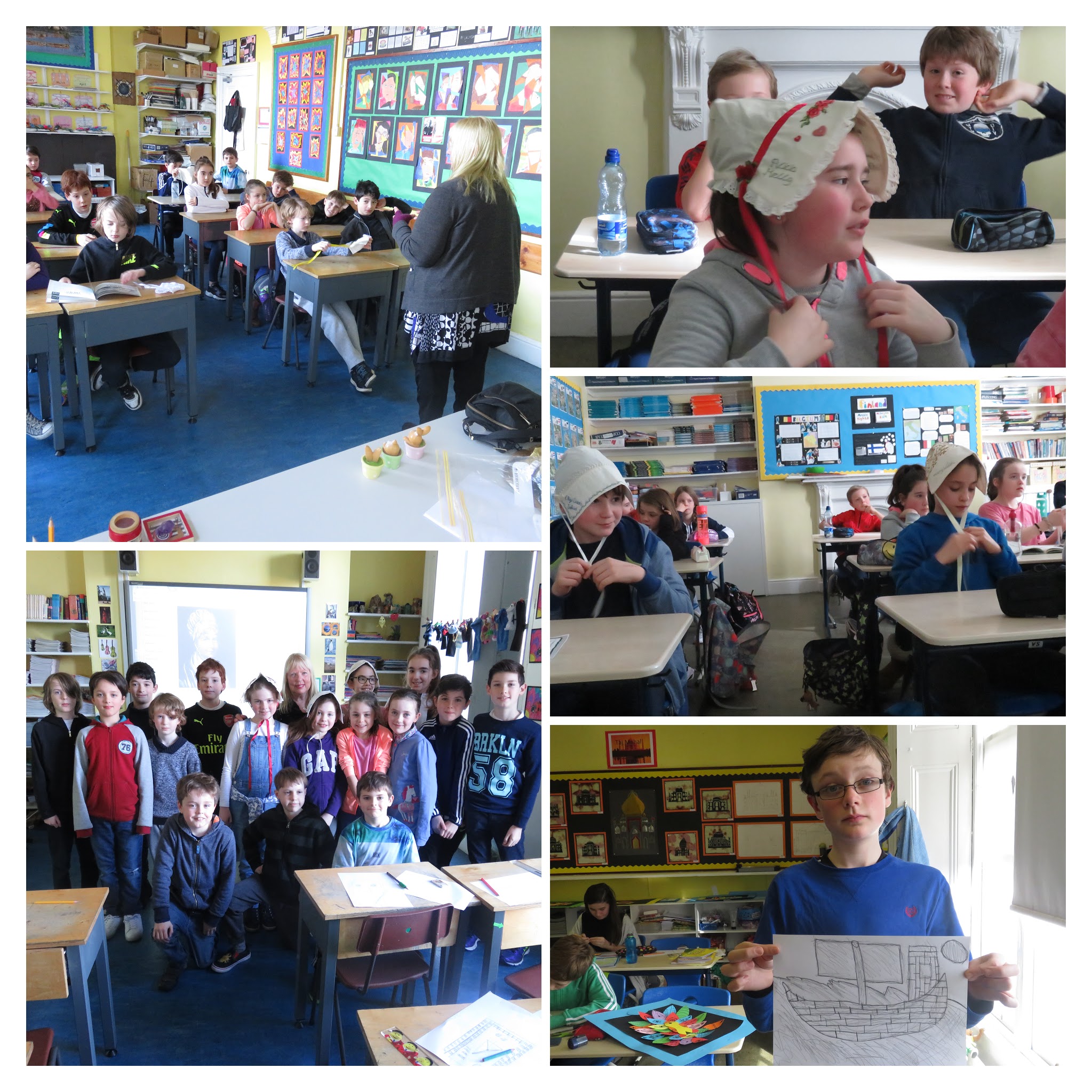 Christina is from Tasmania, formerly Van Diemen’s Land where so many Irish women landed, including one of her own ancestors.  It was a wonderful morning and we really look forward to welcoming Christina back for much longer when she next visits Ireland.

On the following Friday Forms Five and Six joined hundreds of guests at Grangegorman, DIT campus, for the “Wear a Bonnet” event.

Grangegorman was the depot used to hold the women who were transported prior to their departure to Australia from Kingstown (Dun Laoghaire) or  Queenstown (Cobh).  It was also a very special building because it was the first such institution built on the model recommended by Quaker reformer Elizabeth Fry.   Forms Five and Six had learned about this inspirational woman prior to their visit.

Despite the awful Irish weather it was a very interesting and special event.  Each person was given a bonnet with one of the ladies’ names embroidered on it, as well as details of their age, the date they departed Ireland and the name of the ship that brought them.

We met the Australian ambassador as well as the Lord Mayor of Dublin who joined us for lots of photographs taken by newspaper reporters.  The event will also feature in an upcoming edition of RTE Nationwide and some RJS children were interviewed by the presenter.

We listened to two speeches from Australian visitors who were personally connected to the story, as well as a great speech by Christina and then finally the Lord Mayor, before returning to RJS.

It was an honour to be a part of Christina’s project and we very much look forward to getting more involved with her and her work in the future. 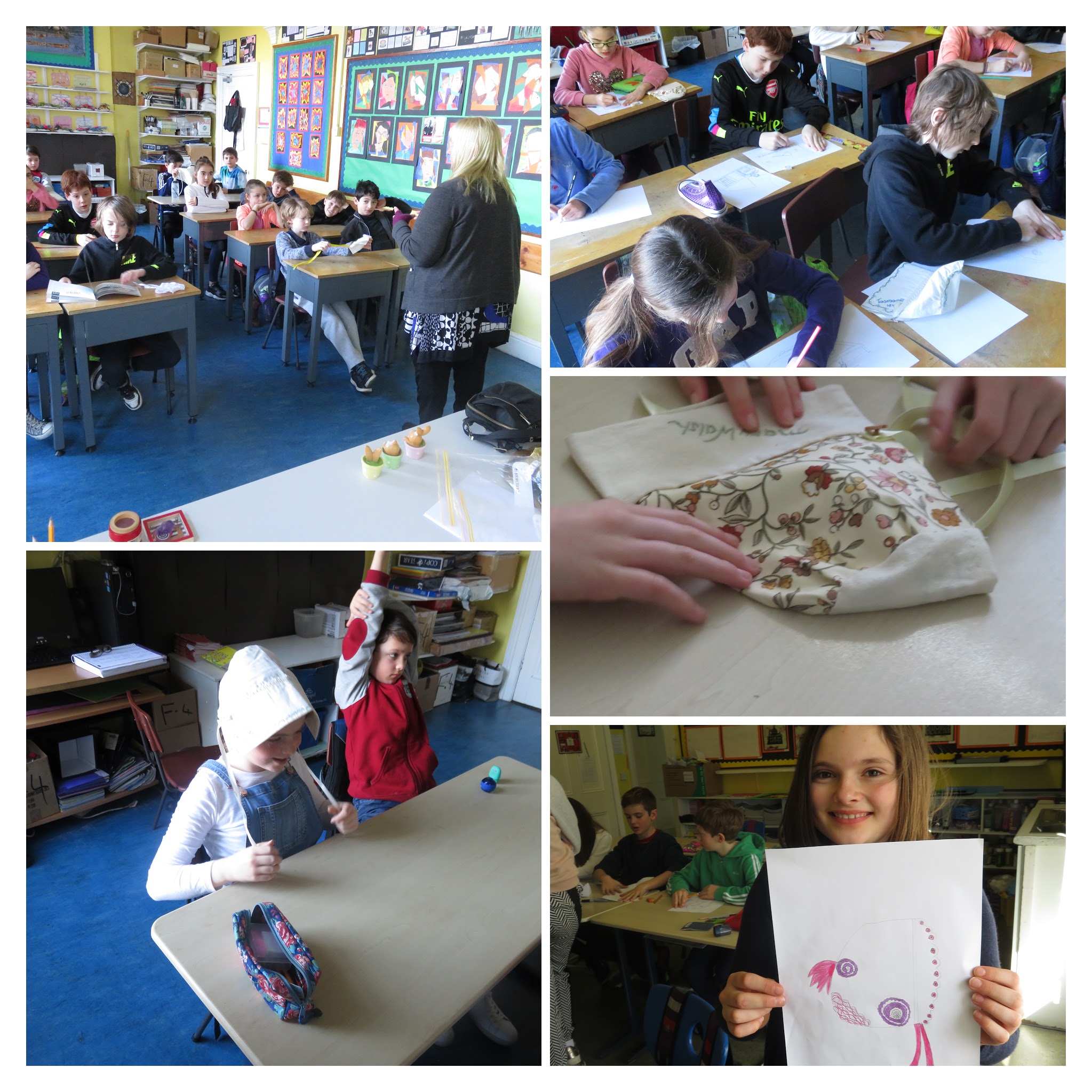