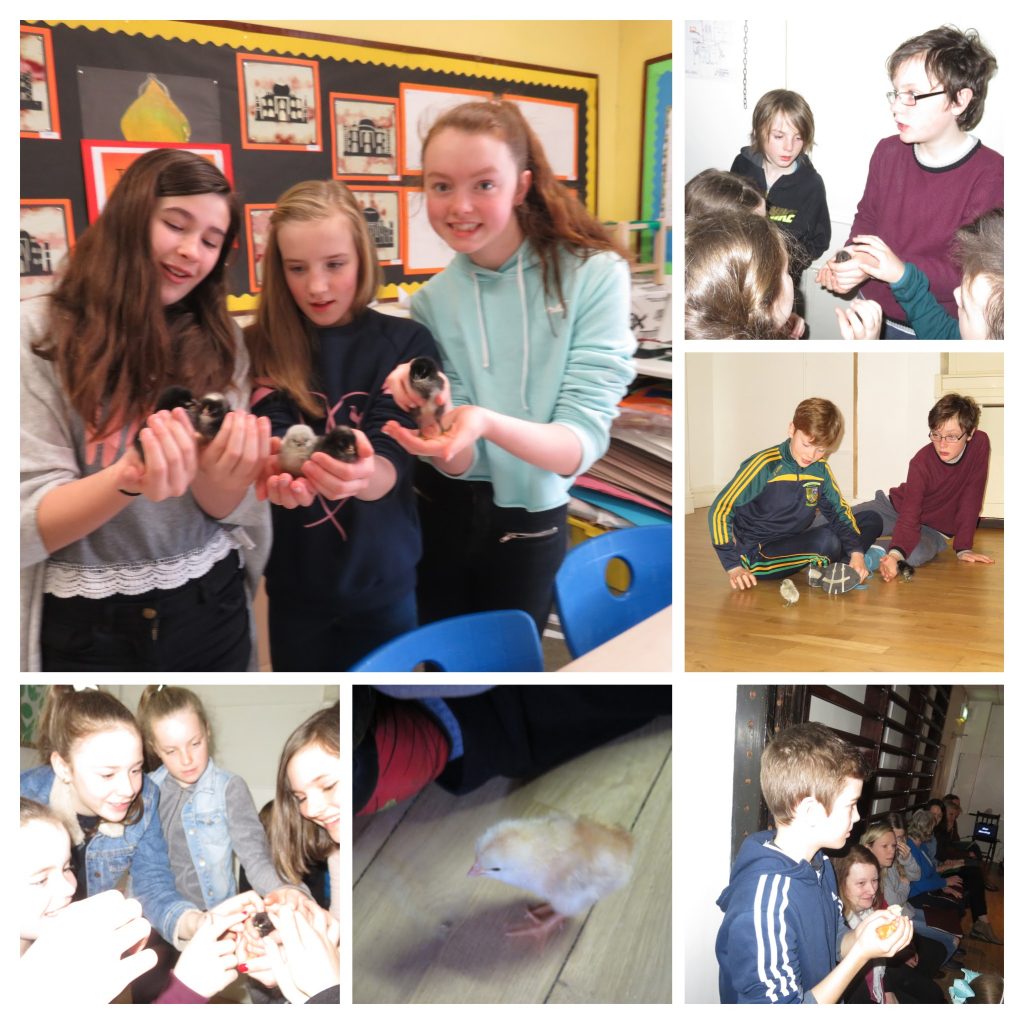 After 21 days in their incubator our hens’ eggs finally started to reveal the hope of new life with some cracks appearing last Monday 20th March.  When the due date of Tuesday morning arrived Form Six were thrilled to find that three chicks had hatched overnight, Trevor, Minor Concussion and Ballistic Bob. More cracks appeared on a number of eggs during the day, however there were no further chicks born.

When Form Six arrived on Wednesday morning three more chicks had safely hatched and another was born during assembly. These chicks had all been named in advance by members of Form Six and all the classes, with the names written on each egg.  The four that hatched on Wednesday were called Bob, Humphrey, Picky Chickie and Super Chick.

With no further births we were delighted to have seven chicks in total.  The range of colours and markings was fantastic with three black, two yellow, one grey and one with multiple colours (grey, black and yellow).  Each class met the chicks on Thursday and Friday when they had been transferred into their brooder box.  As well as that the three chicks that were first to arrive came to assembly on Thursday and all seven chicks visited assembly on Friday morning.

It was a really special experience for everyone, especially Form Six and Mrs. Glass who really did not want to say goodbye when Luky took our fluffy friends off to live on the farm in Edmondstown.  We would like to thank Luky and Jonny for bringing in the eggs and for sharing their expertise over the last few weeks – it was amazing! 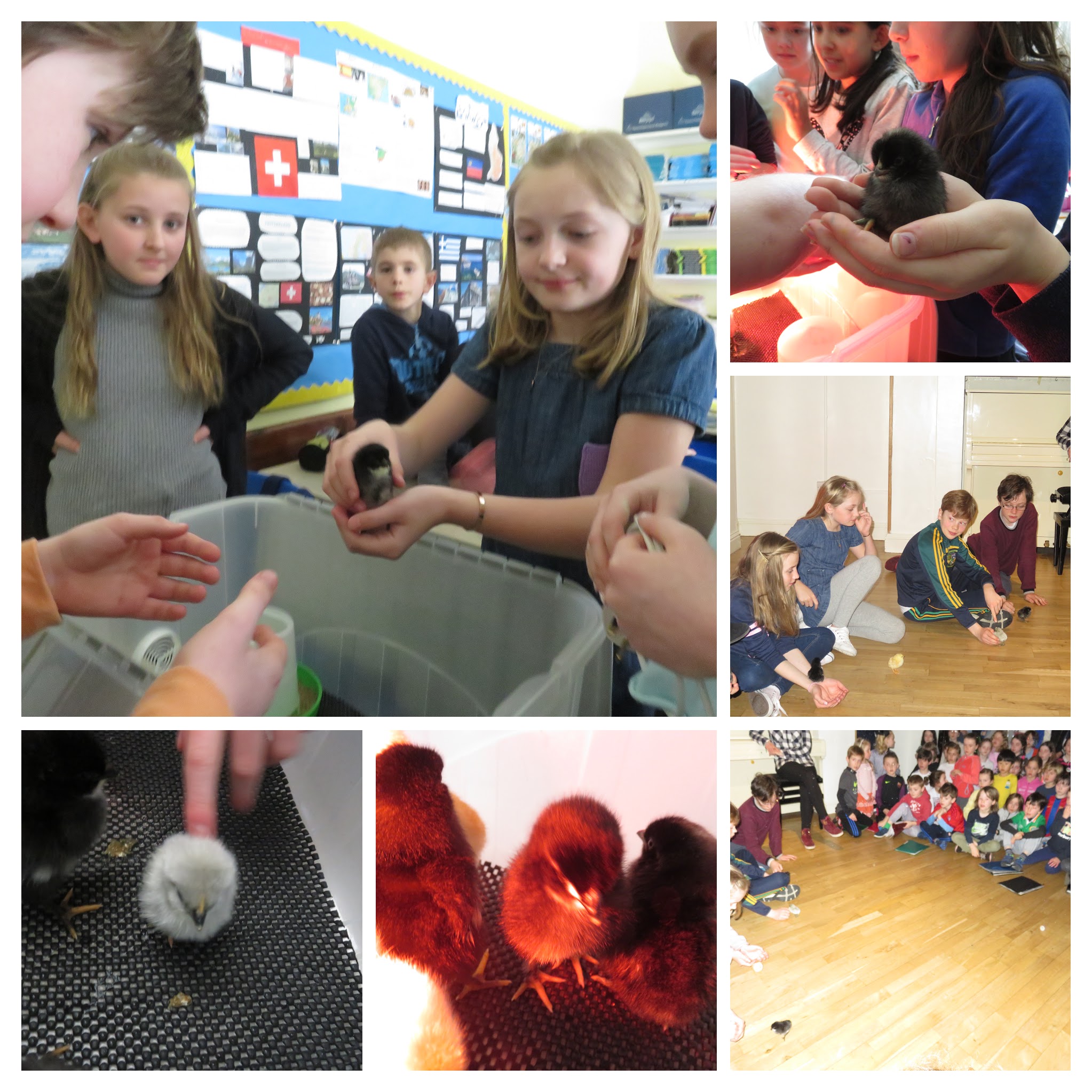 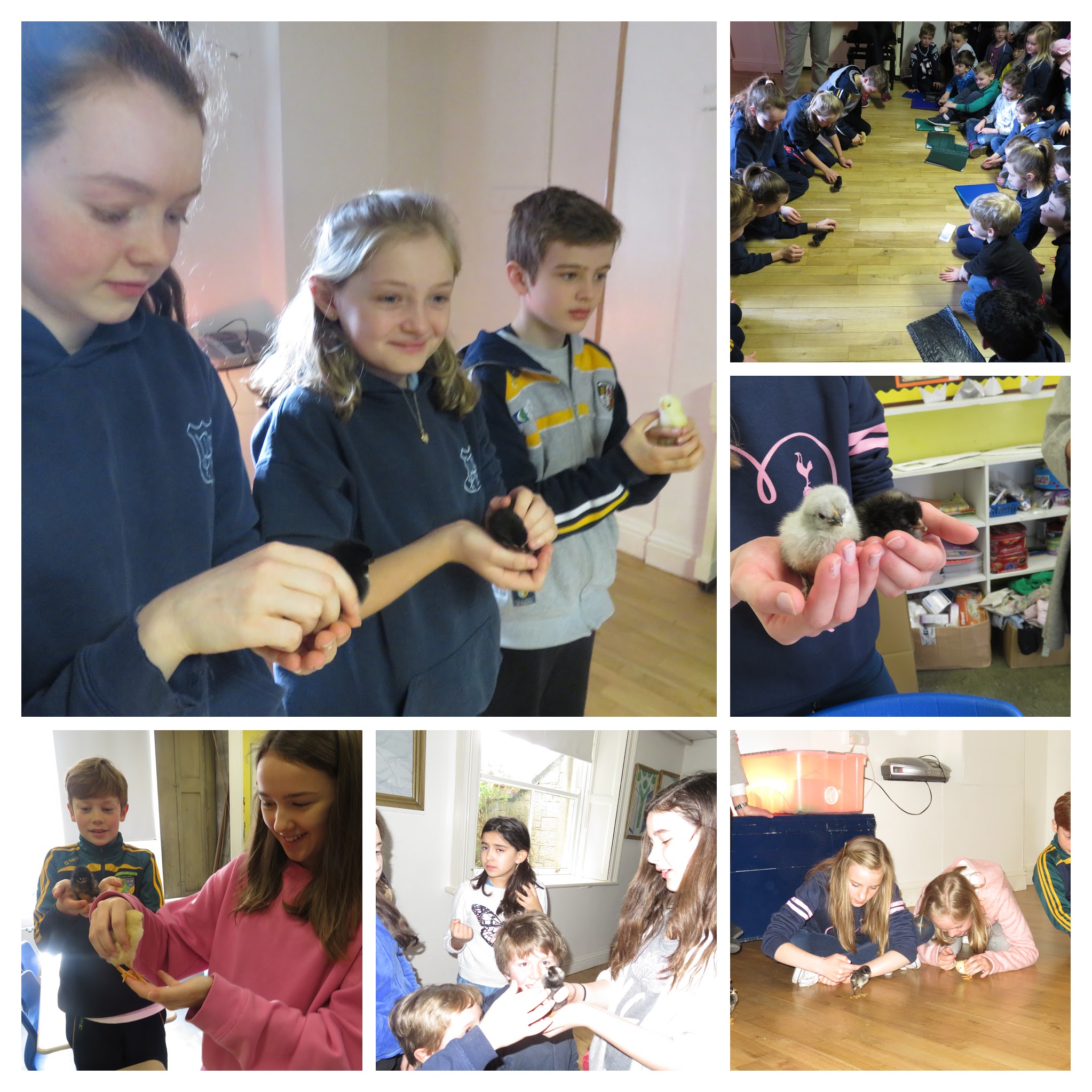