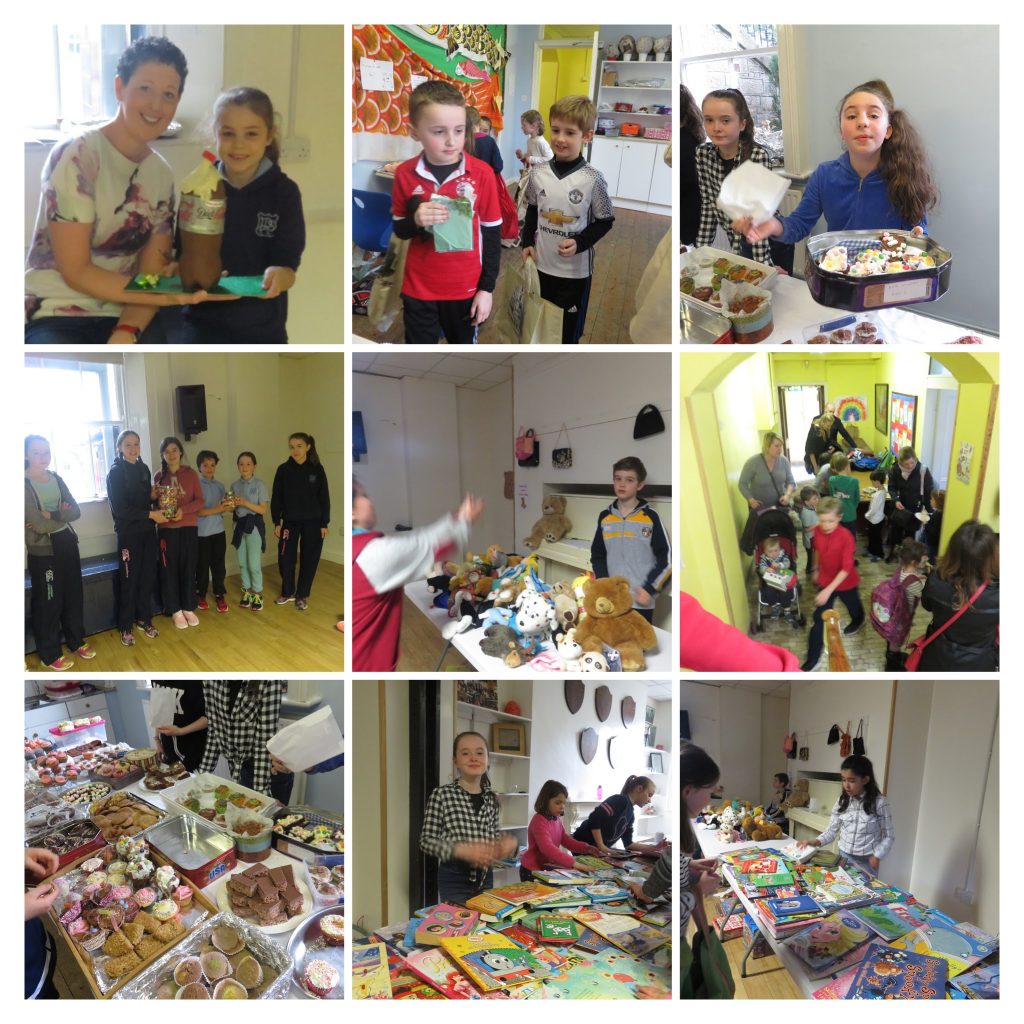 On the 29th of March 2017 Form Six organised the annual RJS Sale of Work and From Five ran the Bake Sale which raised €1390.22 to support two different charities – “Kavita Arya”our sponsored child in India and the St. Clara’s monastery in Huanta, Peru, which will provide accommodation for girls to enable them to study during the week and return home at weekends.

We raised the money from selling teddies, toys, books, movies and other items kindly donated by every class in the school.  We also put together games, like The Crisp Challenge, Guess the Teddy’s Name, Guess the Number of Sweets in the Jar and Hoopla.   In “The Crisp Challenge” the person hosting the stall presented the blindfolded ‘guesser’ with  three of four flavours: Salt and Vinegar, Prawn and Cocktail, Cheese and Onion and Smokey Bacon. He or she would have to name each of the flavours correctly. For the “Guess the Teddy’s Name Challenge” the person who guessed the name of the teddy correctly was awarded with the teddy at assembly the following day.   Also at assembly the person who guessed the right number of sweets was awarded with the huge jar of sweets – there were 352 in total!! This competition was so popular some people guessed over 20 times!!  For “Hoopla” people paid money to throw rubber rings at a board with hooks on it – if you got a ring on the board then you get a pack of jellies. 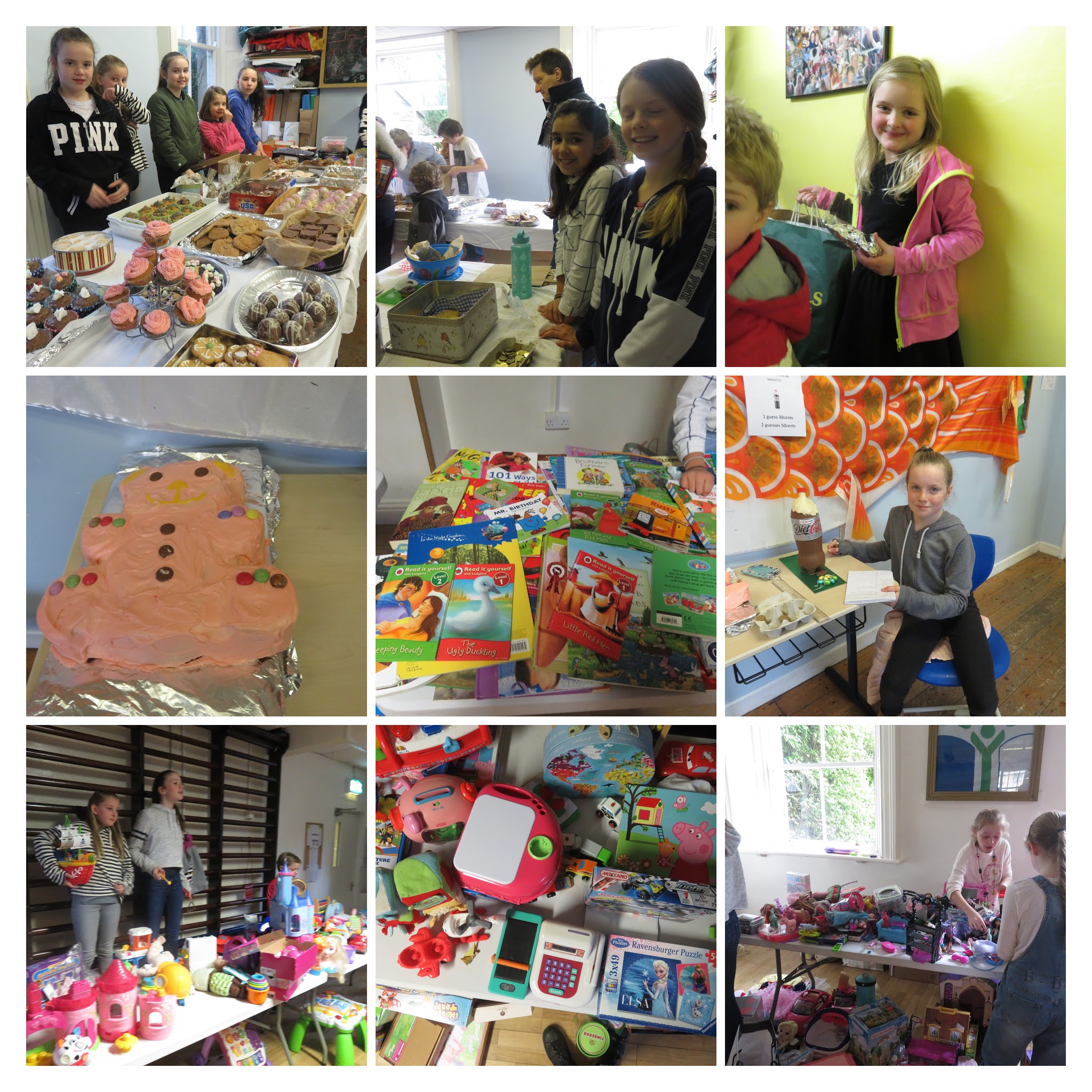 Form Five also did a brilliant job selling all the cakes, buns, biscuits and other goodies that were donated from so many generous homes.  There were two competitions – to guess the name the fantastic “Teddy” cake, which was called ‘Crumbs’ and to guess the number of mini eggs in Miss Bowens’ amazing “Fizzy Drink Chocolate Cake”!!  We all had a lot of fun working hard together whilst helping to support these two great charities. 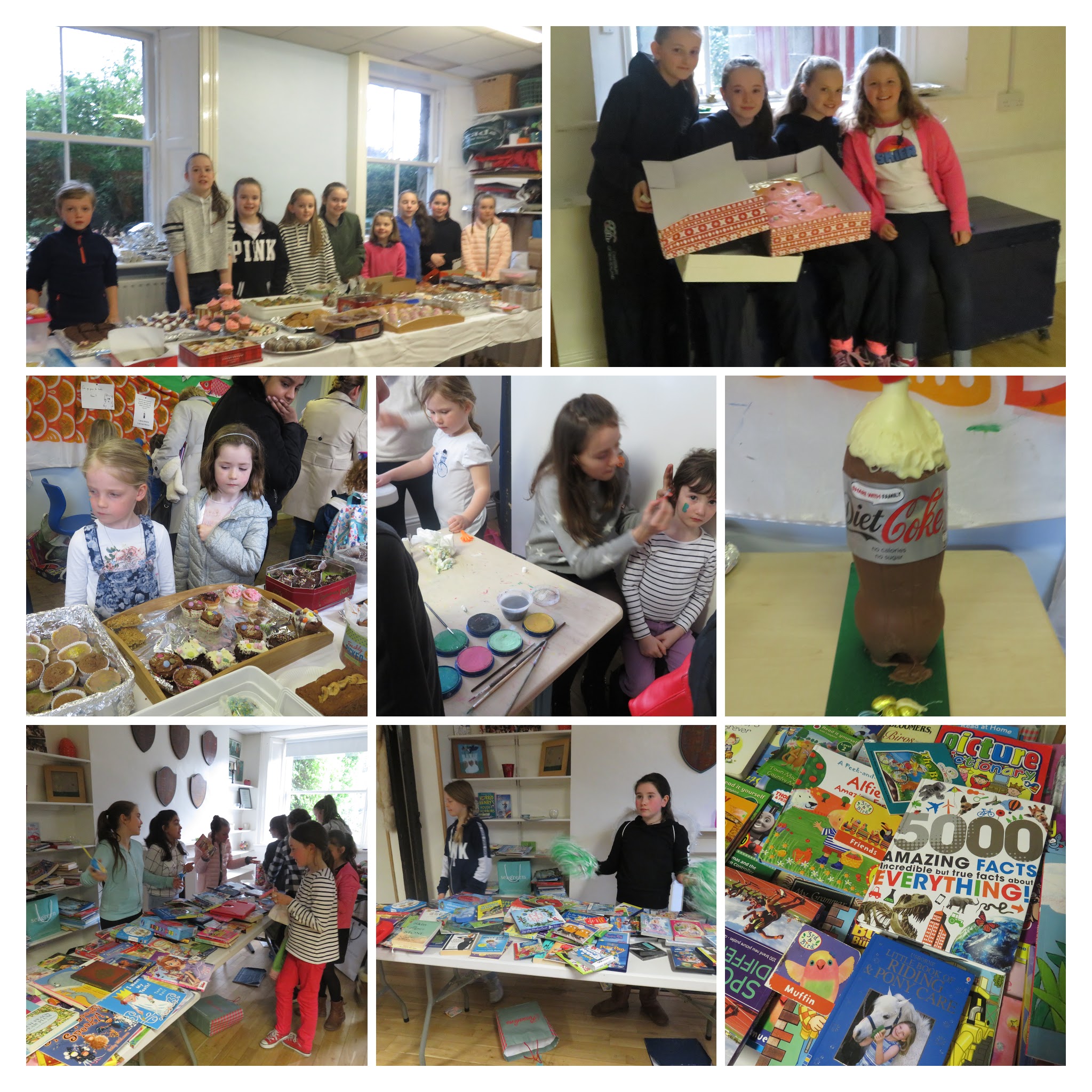