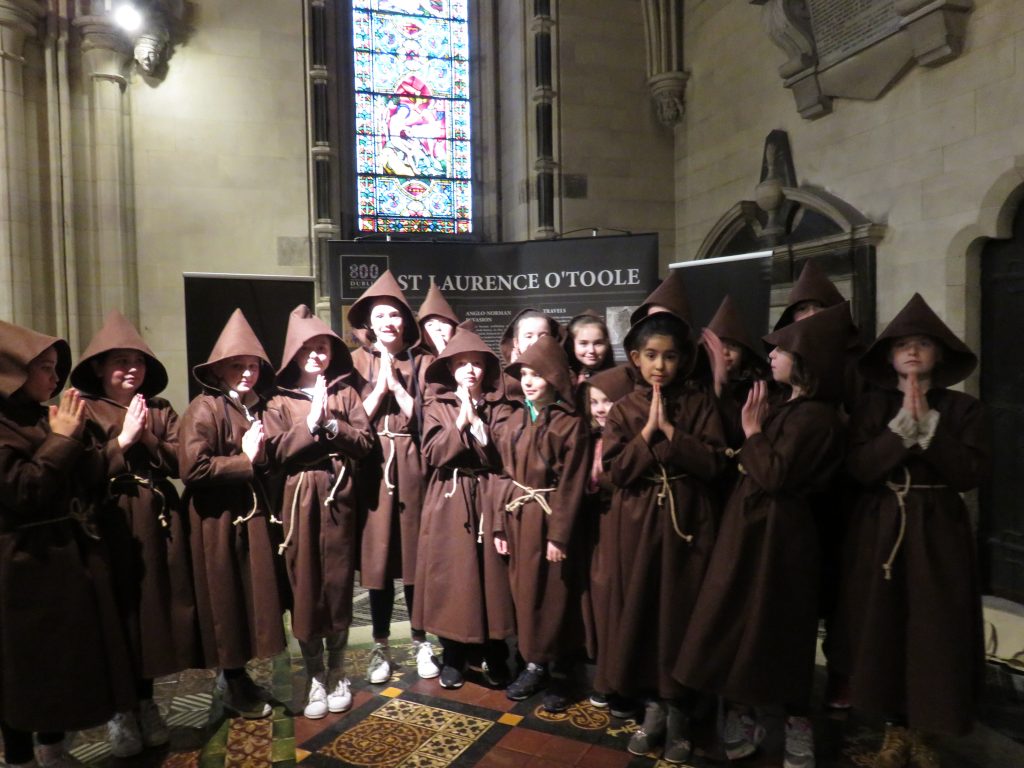 Just before the Easter break Form Five went back in time over 800 years when they visited Christchurch Cathedral.

When we arrived our tour guide, Michelle, explained that there was once a monastery attached to the cathedral.  She asked us if we would like to become monks for the tour.  She explained that if we did, we had to take vows of poverty and obedience.  Once we agreed to that, she brought us to change into real monks’ habits – simple brown robes with hoods and rope belts. 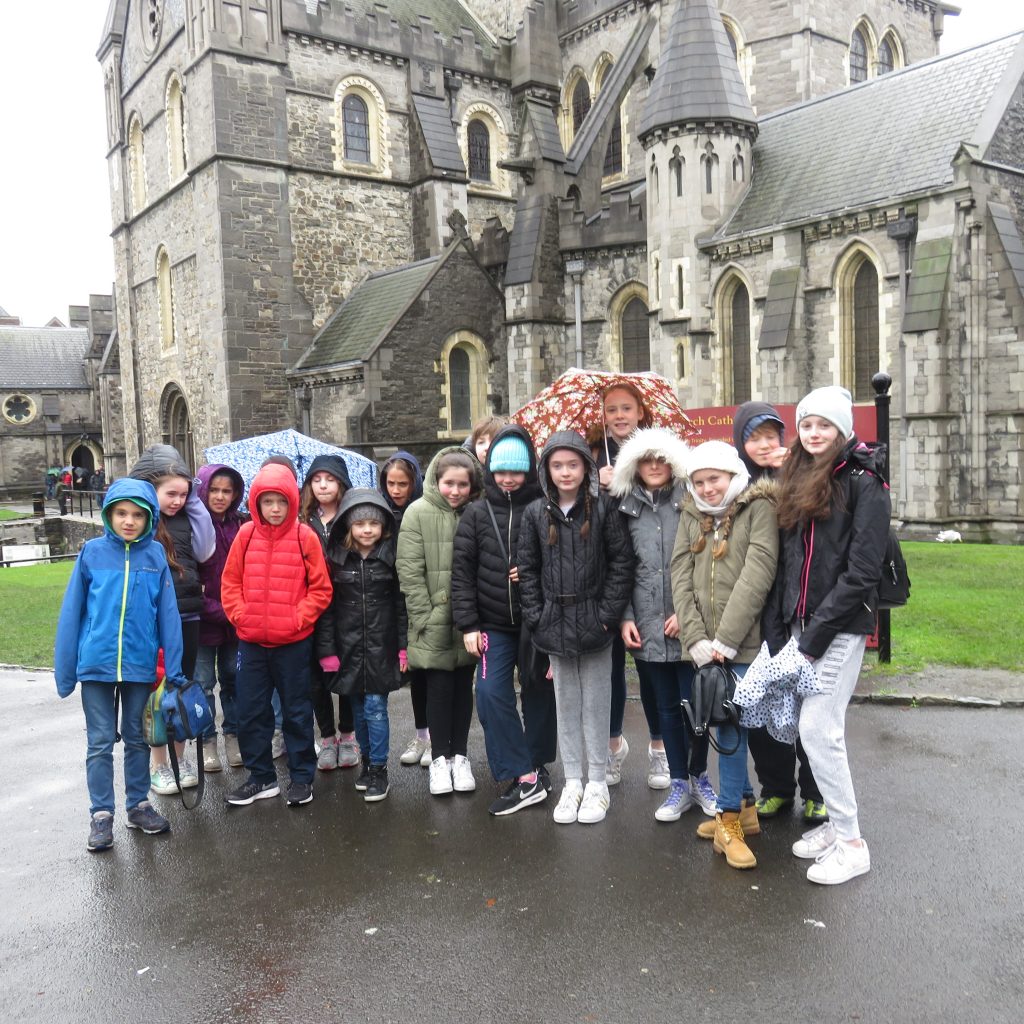 When we were robed, Michelle explained about a day in the life of a monk.  There were lots of times to pray during the day and night and in between prayer times, different types of work had to be done – including cooking, cleaning, gardening, writing and minding the sick.  At mealtimes we had to be silent so she showed us some of the signs we could use if we wanted to ask for something.  The diet was mainly bread, butter and onions washed down with water- that sounded very boring to us. 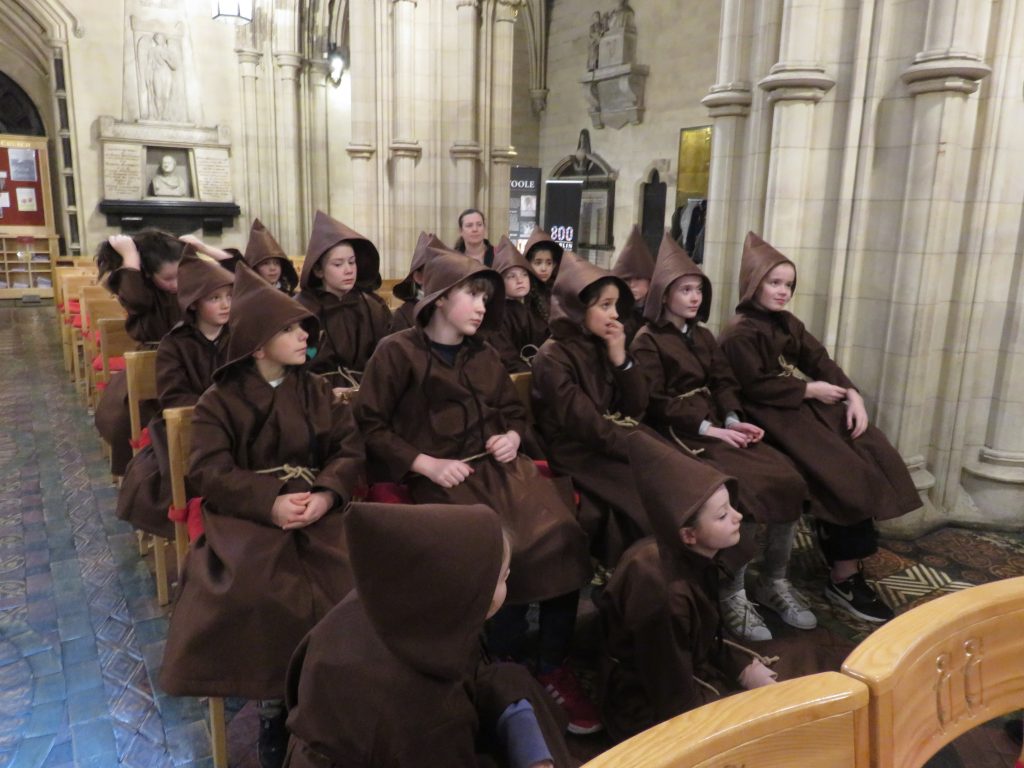 We then went on the tour of the cathedral.  We visited the nave and choir and then went to the crypt.  This is the largest crypt in Ireland and it was quite astonishing (and creepy) to hear from Michelle that over 10,000 bodies are buried in the walls and under the floor of the crypt.  The crypt also has a set of stocks which were used to punish people in medieval times. 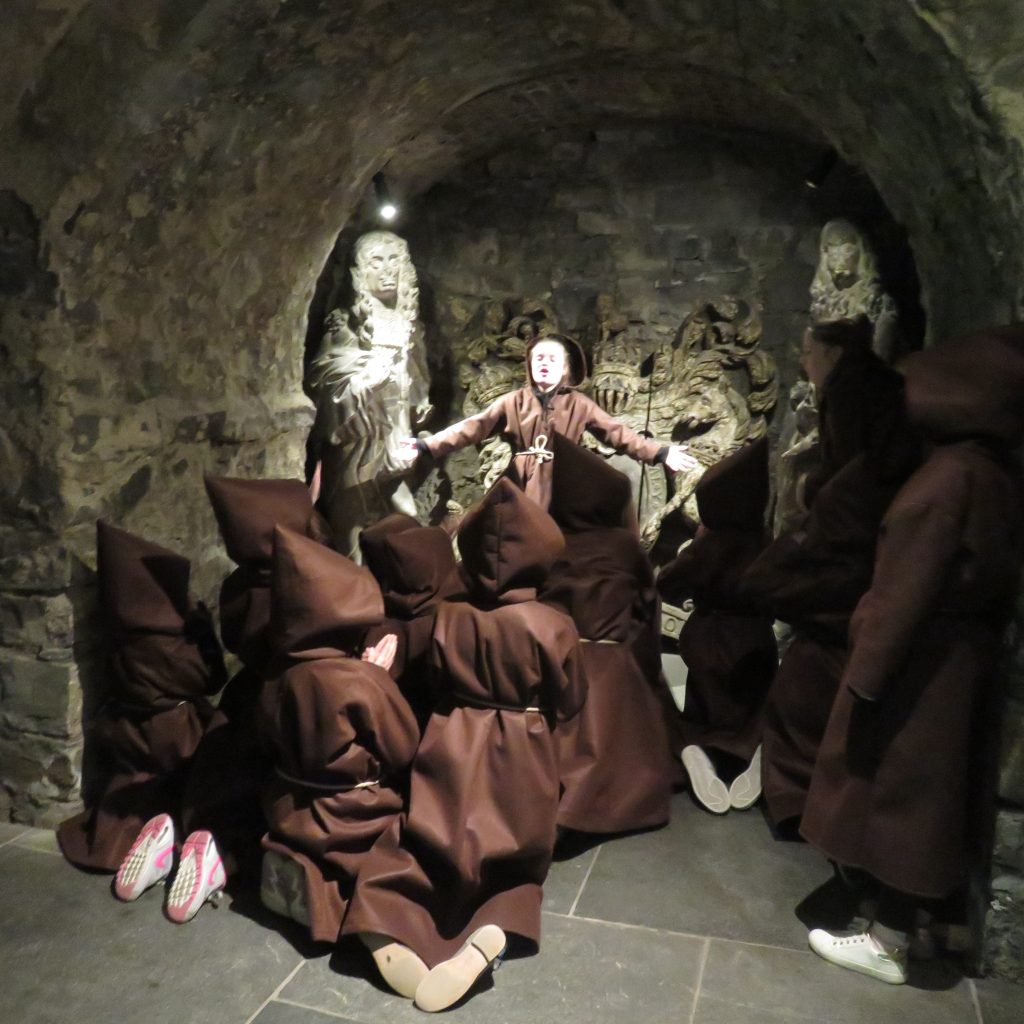 As we moved around the Cathedral lots of tourists stopped for a second look as they seemed to think we were really young monks!!  We think we really added atmosphere to their visits as well as thoroughly enjoying ourselves.