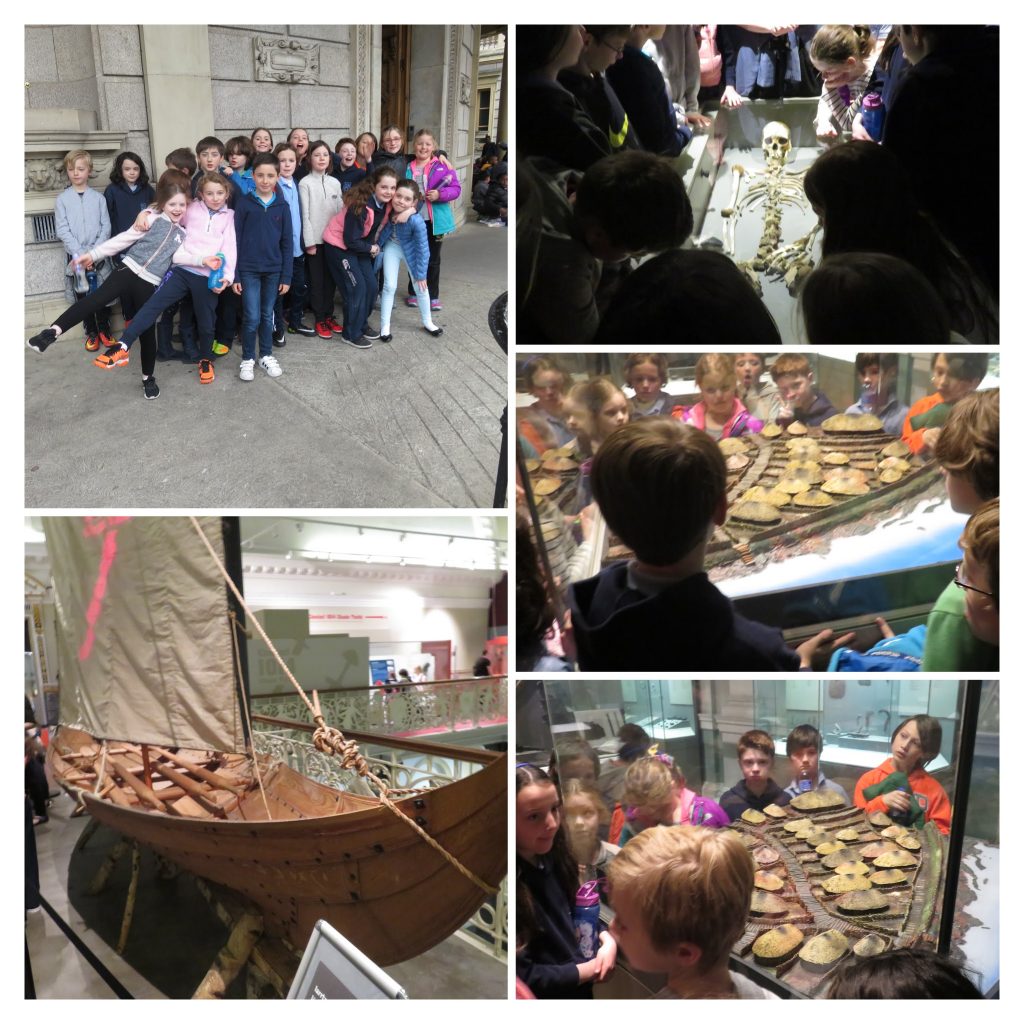 Form Three visited the National Museum of Ireland in Kildare Street recently.  We had been learning about the Vikings in History so we were excited to see their exhibition and artefacts.

Our guide shared lots of interesting facts about the Vikings, for example, there has only been one Viking helmet found in Ireland to date and it did not have horns on it!   Up to sixty Vikings could travel in one of the longships.

We also learnt that Vikings were often buried with the objects they valued the most as they believed that after you died you went to another world and you could take your possessions with you.

We saw weapons and other objects that had been found in Viking graves at Kilmainham and Islandbridge in Dublin.  We viewed a scale model of Viking Dublin and a typical house from the period.   We heard about the trades the Vikings practices such as carpentry, blacksmithing and leather-working.

Overall it was a very enjoyable and informative trip to the museum and we can’t wait to return.