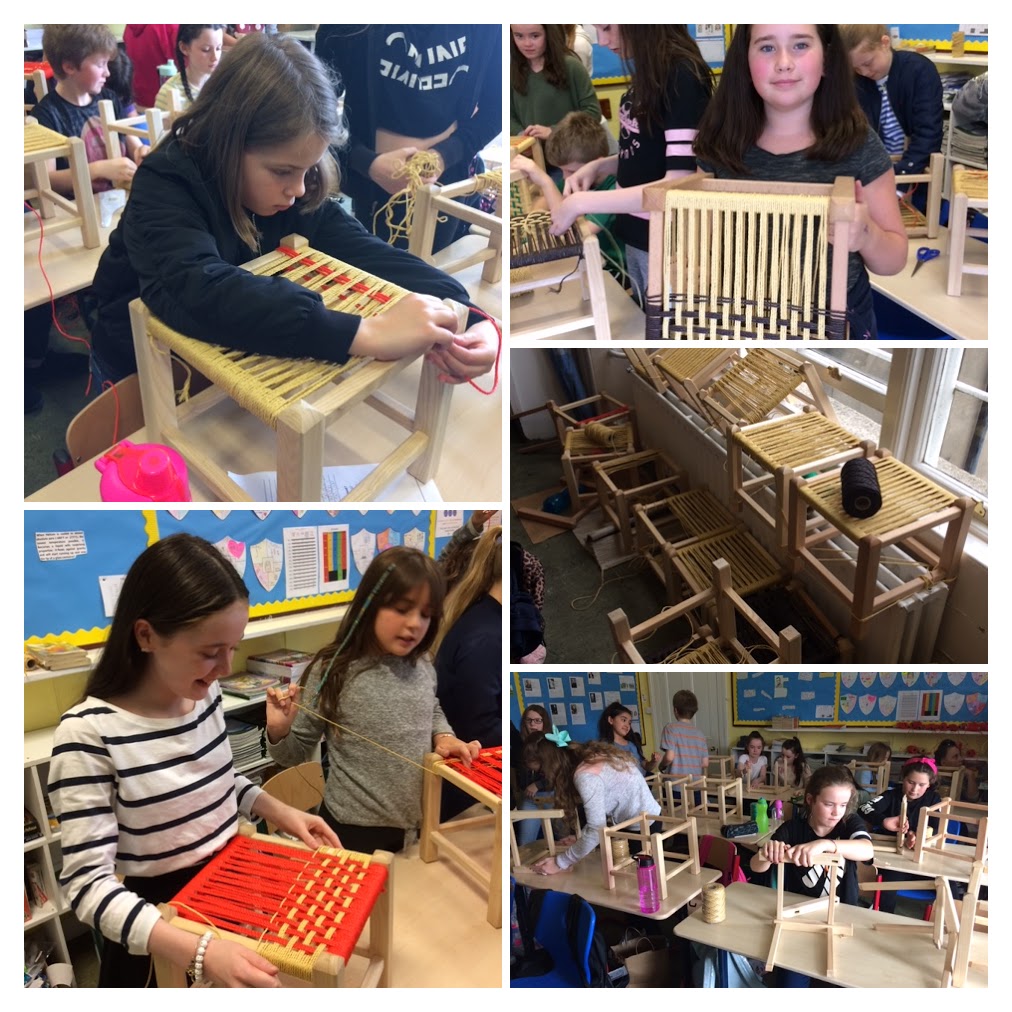 On the 6th September 2017 Form Six started making their stools.  The long-awaited stool making tradition has continued since with great excitement and enthusiasm. Last year’s record was nine school days to complete all the stools and we are hopefully on target to beat that.

First, each of us was handed 12 pieces of wood which would make up the frame of our stool. We had to use our strength to push the frames into place and create a solid base for weaving.  Mr. Chambers then came round and almost deafened us with the loud booming of his hammer as he made sure that the frame was secure.

We all chose our different colours of yarn and got started on weaving our first layer of ‘torture’. It took two whole days to complete this stage and lots of us had to start over and over again… resulting in a lot of stress.  Every second of every minute the process seemed to get harder and harder.

During the first stage of making the stools everybody made at least one mistake that frustrated the entire class.  The reason everything was so stressful was because if you lose grip on the yarn, or even lose the tension of the weave just a little bit, you have to go back and start again.

The first layer was hard but soon we had to move on to the second layer, arguably the hardest and most stressful part of the stool.  This layer is probably why the stools take so long.  It’s much more complicated than the first layer because you have to weave in and out of the top and bottom strands of yarn (a laborious process).  Also you can’t use the full roll of yarn, as it’s too big to fit through the gaps, so you have to frequently tie knots and hide them underneath the stool. It’s challenging but it’s all worth it in the end.

The stools will be a big feature in the Art and Handwork Exhibition towards the end of the year and we are all very excited to eventually bring them home after all the hard work that was put into them. We have already chosen our own special place for our stools as they are a very sentimental part of Form Six.  It was very stressful at the time, but we had loads of fun and the toil has really helped make our stools look fantastic!