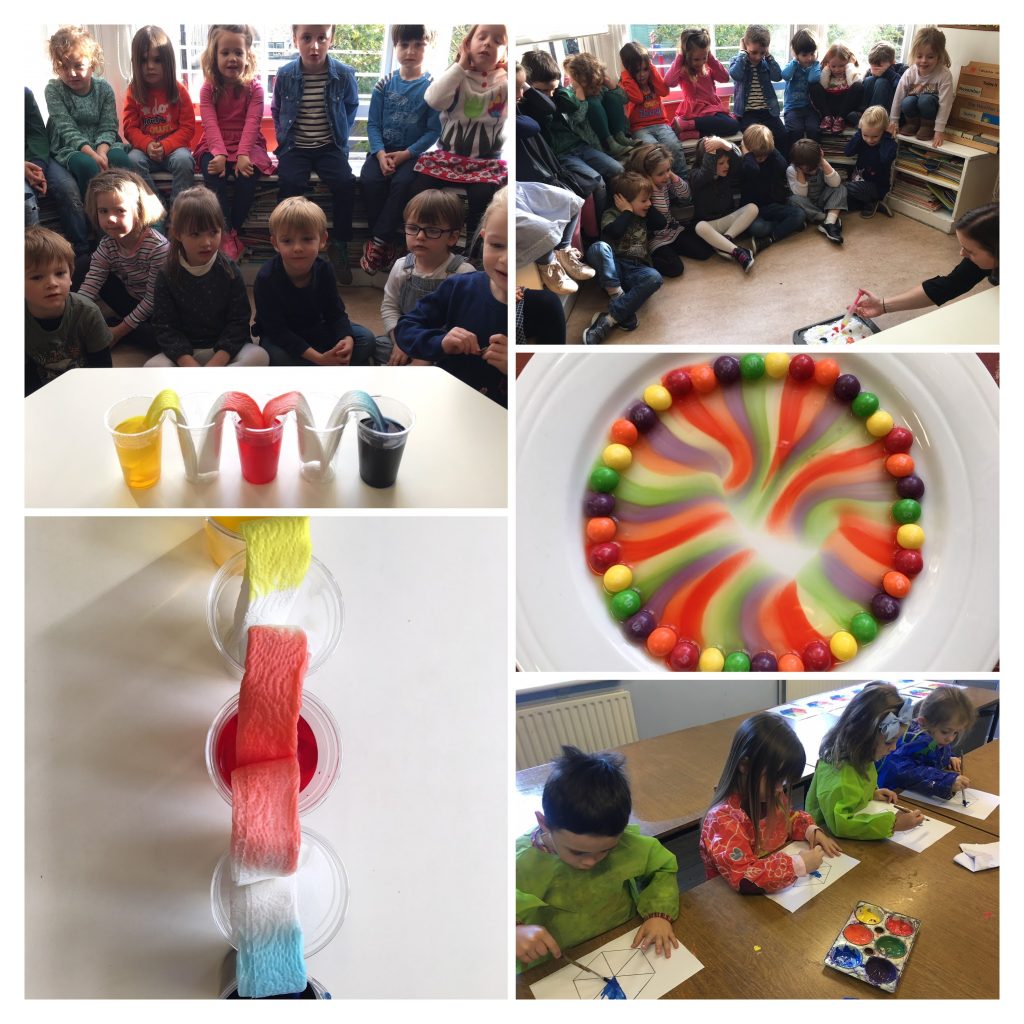 Kindergarten A have had lots of fun this week exploring all things ‘Colour’. We discussed the names of colours in English and began learning the names ‘as Gaeilge’ too. We made a bar chart of our favourite colours and the winner was…Gold!

In preparation for Science Week next week, we became scientists on Wednesday and discovered how water could walk, it was so cool! We used blue, red and yellow coloured water and paper towels. We watched with amazement as the water crept(walked!) up the kitchen paper. The colours crept up all the way until they met in an empty glass. When the two colours mixed in the empty glass, we discovered that they made a new colour. Red and blue made purple, yellow and blue made green and red and yellow made orange. When we were finished we removed the kitchen paper and unfolded it. They were a mixture of all different colours and looked fantastic. Miss McNiffe brought them home to dry them out and then we put them up on display in our classroom.

Our next experiment was with bread soda and vinegar. Miss Mc Niffe put bread soda on a tray and we dropped some drops of food colouring onto it. After that we squirted some vinegar onto the drops and they made mini fizzing volcanoes. All the colours started to mix together to make new colours. It was lots of fun, but it did make our classroom smell of ‘fish & chips’!

On Friday we experimented with Skittles. We put the Skittles in a circle on a plate (it was hard not to eat them!) and then we carefully poured some warm water into the middle. The colour from the Skittles began to run into the water, in the middle of the plate,  making a magnificent kaleidoscope of colour.

This gave us the idea to paint our own colour wheels. We first started with red, blue and yellow and then mixed the colours together to make purple, green and orange. We think they turned out beautifully and hope you think so to!