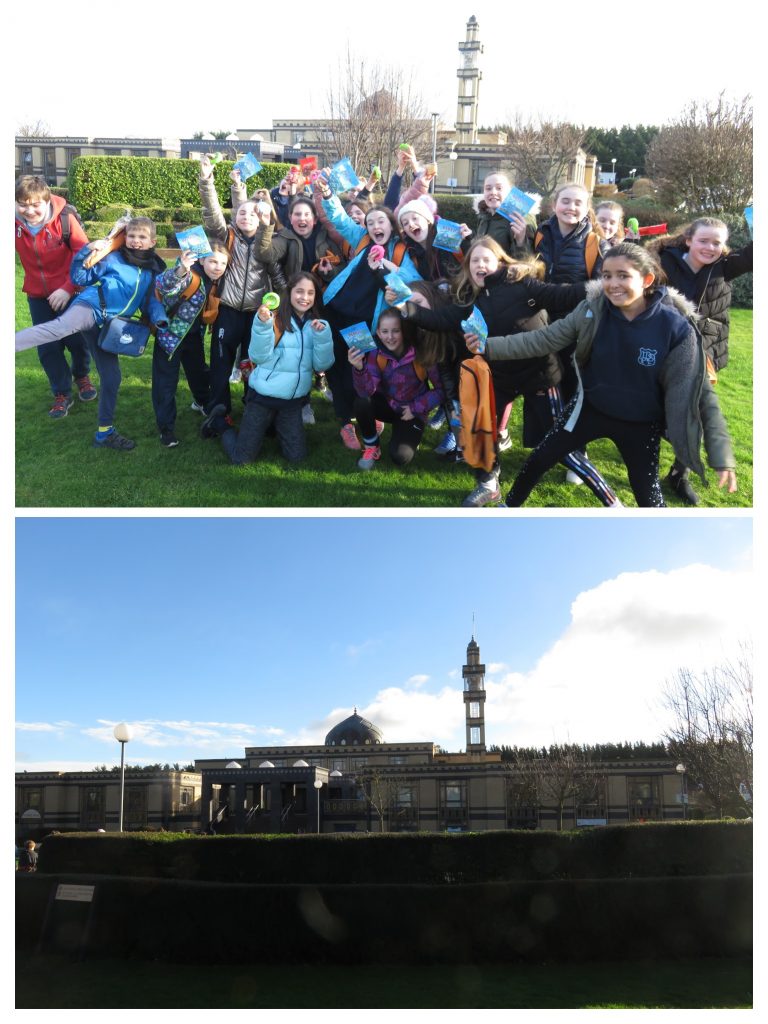 Last week Form Six travelled to the Islamic Cultural Centre in Clonskeagh to learn all about Islam and the Muslim faith, this visit is a part of their Comparative Religions studies in class.
When we first arrived we were brought in to a room where we saw a picture of the Kaaba. This is a sacred place which Muslims must face when they pray, no matter where they are in the world. We also learned that there are two different prayer rooms in the mosque in Clonskeagh: one for just women to pray and one that was mixed. We were then lead through to the main mosque itself. We had to take off our shoes before we went in and our guide, Dr. Ali Saleem, gave us a talk on the history of Islam and he described how people come to the mosque and pray. He gave us an explanation of the washing rituals before prayer, known as wudu, and a demonstration of the prayer routines. We also learnt more about some of the features inside the mosque, including the huge Waterford crystal chandelier inside the dome and the Mihrab which is an arch that shows the direction of the Kaaba.
After the tour we all went to the café at the other side of the mosque; it was called ‘The Golden Olive’. Unfortunately, when we got to the café, there wasn’t any pizza left so many of us ordered curry instead. It was delicious! The menu was huge and it was obviously a very popular place for the local community to come and meet and eat together.
After lunch we were allowed into the shop next door which sold a huge selection of Arabic food and delicacies. We all had ‘Bebeto’; blue, spaghetti-like jelly. It was great to try something new!
It was a brilliant day and we all learned a lot. 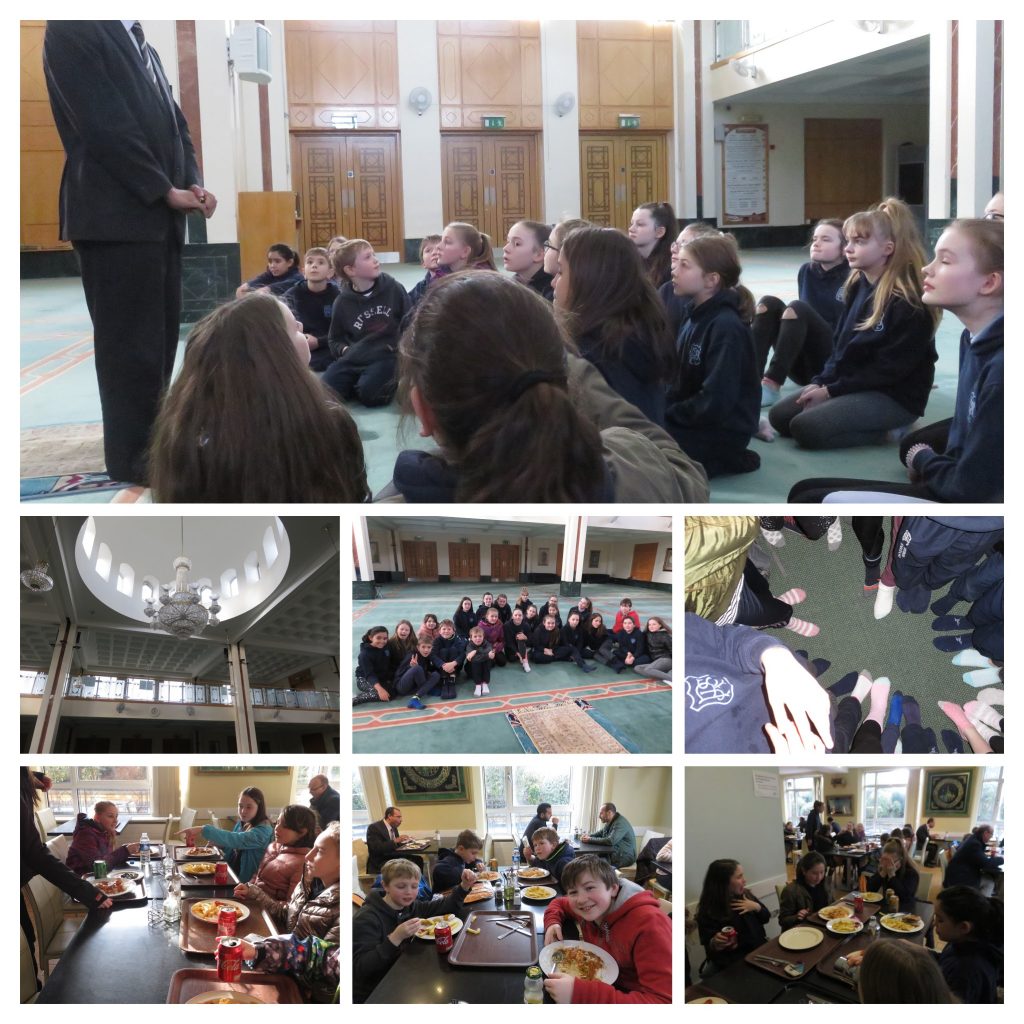