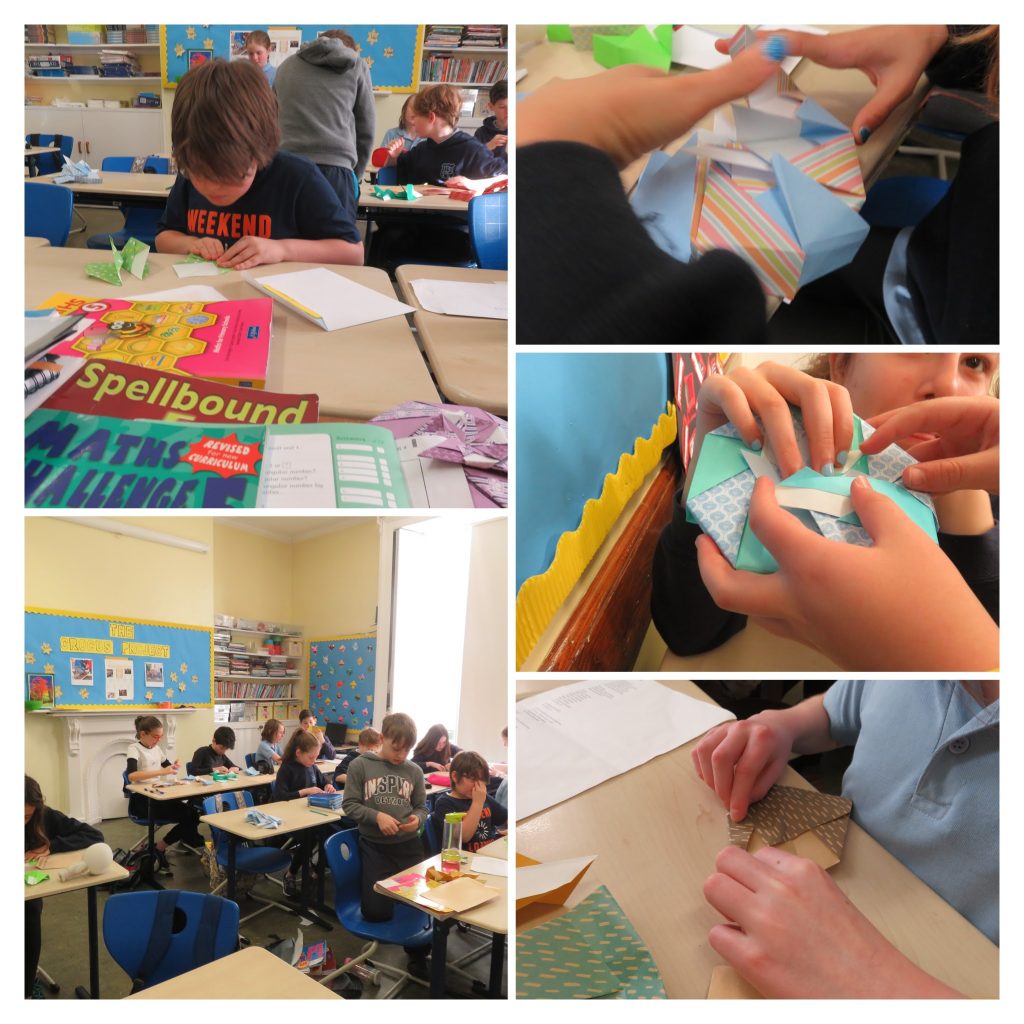 Two weeks ago when Mrs. Derham showed us a sample of the origami boxes she wanted us to make, we felt it was going to be a long, difficult task.
Then she took the box apart and showed us that each box was actually made from two sections –a top and a bottom made from 8 pieces of origami paper. If each piece was carefully folded, they would fit together perfectly without using glue.
We were surprised to see that each sheet of paper had only seven folds- the first six folds were quite simple and straightforward and everybody mastered them very quickly. The final fold was much trickier and took most people a while to master.
Then it was just a matter of folding seven more squares carefully. The eight pieces then slotted together to make the top of a box. Once that was finished, it seemed very simple to fold eight more pieces for the bottom.
Amazingly, just three days later, everyone in the class had actually finished and our colourful boxes were decorating the wall. Mrs. Derham herself was amazed that we finished so quickly – we had broken the record!!
By Form Five