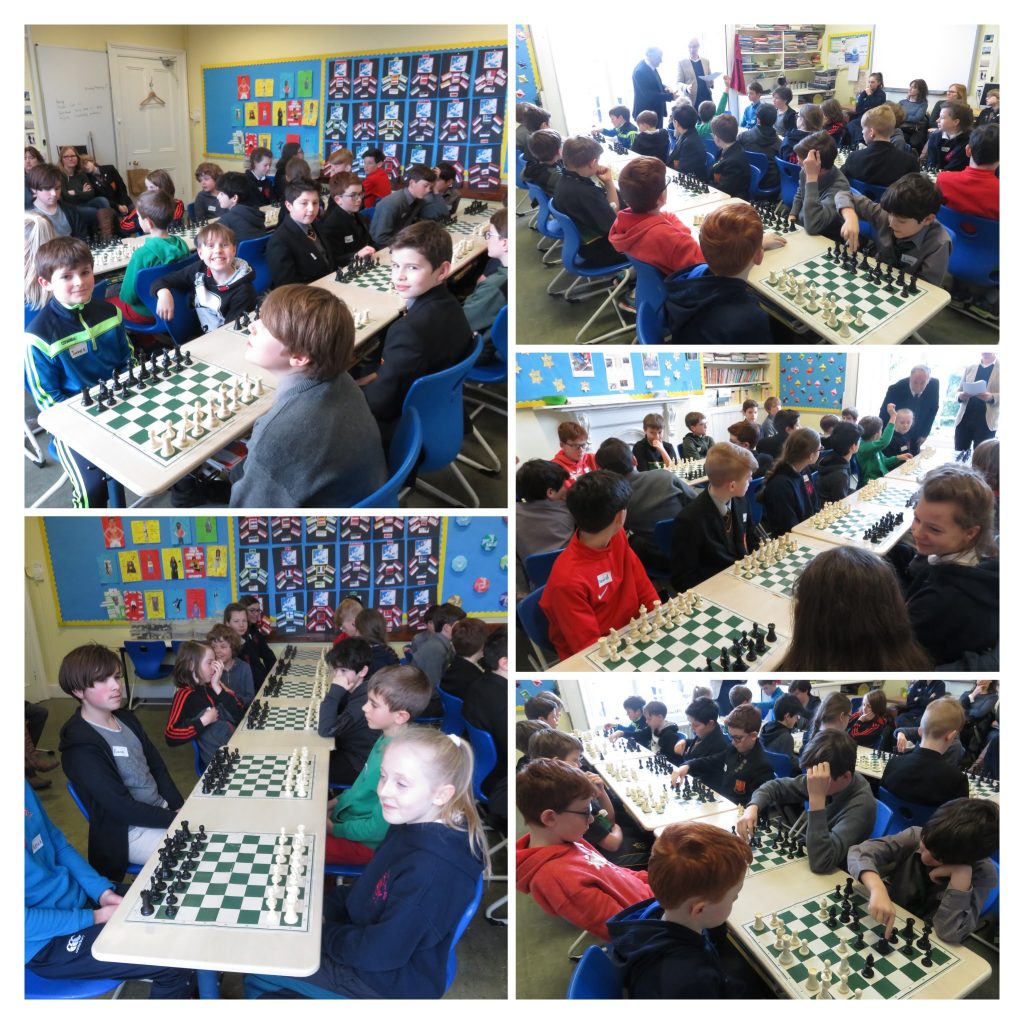 On Monday February 5th 2018, RJS competed in the AIJS Chess Tournament. Other schools competing were: St. Conleth’s, Children’s House, Monkstown Park and Mt. Anville. There were two RJS teams because Wicklow Montessori could not come, so four boys from Form 5 volunteered to play instead of them. We played four games of speed chess. Each game lasted ten minutes. We had ten seconds to make a move each time. It was great fun!
Every time a player won a game, he/she scored two points for his/her school. Both RJS team scored a total of 12 points, but it was not enough to win, we tied for 3rd place and St. Conleth’s won the tournament.
At the end, all the players were given a bag of treats.
It was a great experience. It was my last tournament in RJS and I will miss it, but I intend to go on playing chess!
By Quentin