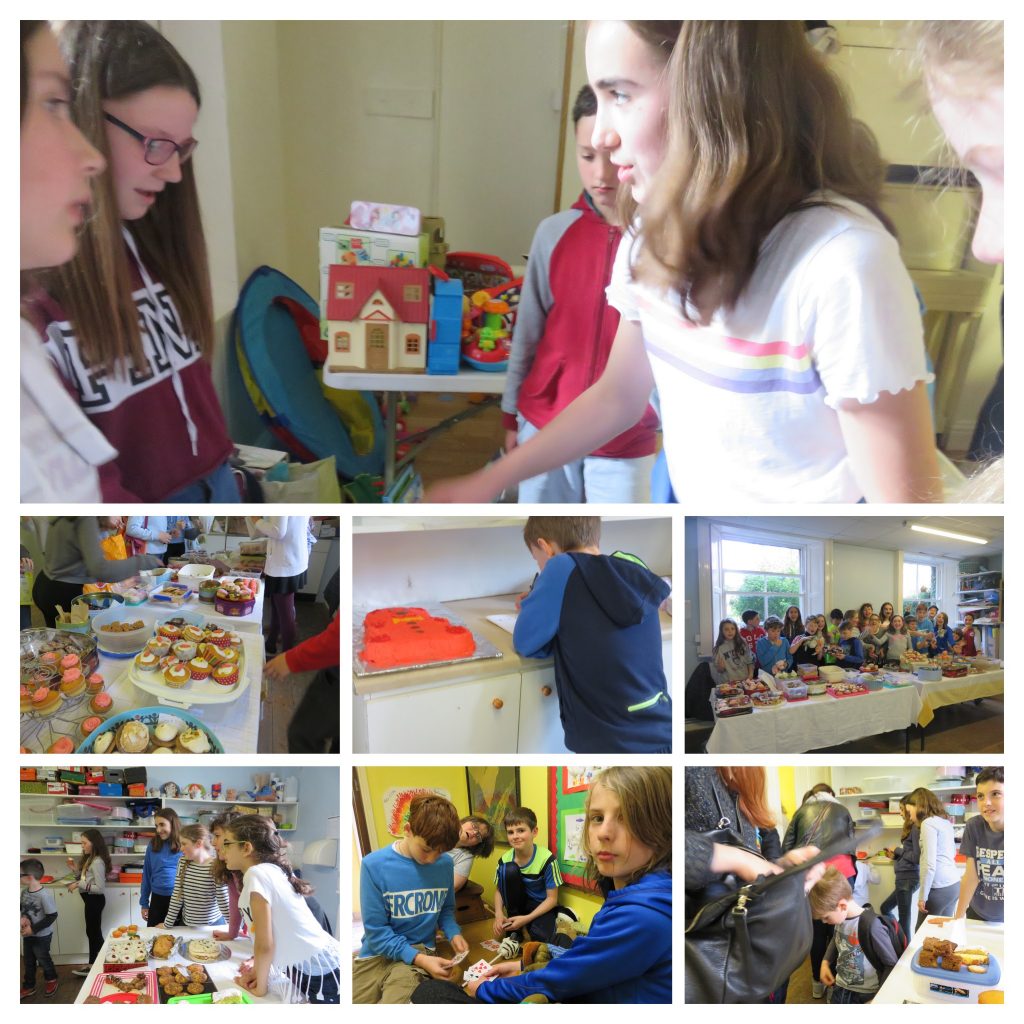 One of the events that Form Five looks forward to most each year is the annual cake sale which we hold in the library while Form Six are running their Sale of Work.

On Wednesday morning a few of us were in very early and went down excitedly to the art room to receive the cakes which pupils from every class in the school were bringing in. We were amazed at the number of cakes that arrived. There were cupcakes with every conceivable topping, meringues, brownies, rocky road, smores, iced biscuits, chocolate chip biscuits, a lemon meringue pie, vegan cakes, gluten free cakes, nut free cakes……..in fact there were so many types of cake that we were speechless -for once. Also, the smell that they created was mouth watering.

We also ran our annual ‘Guess the Teddy’s Name’ competition. This year our pink teddy was named Strawberry and five pupils guessed the name correctly. Form Five decided that as the cake was quite big it was a good idea to split it between them.

At lunchtime, the sale ended and then we had to tidy up!

By the time school ended we were exhausted but very, very happy that the day had lived up to all our expectations.