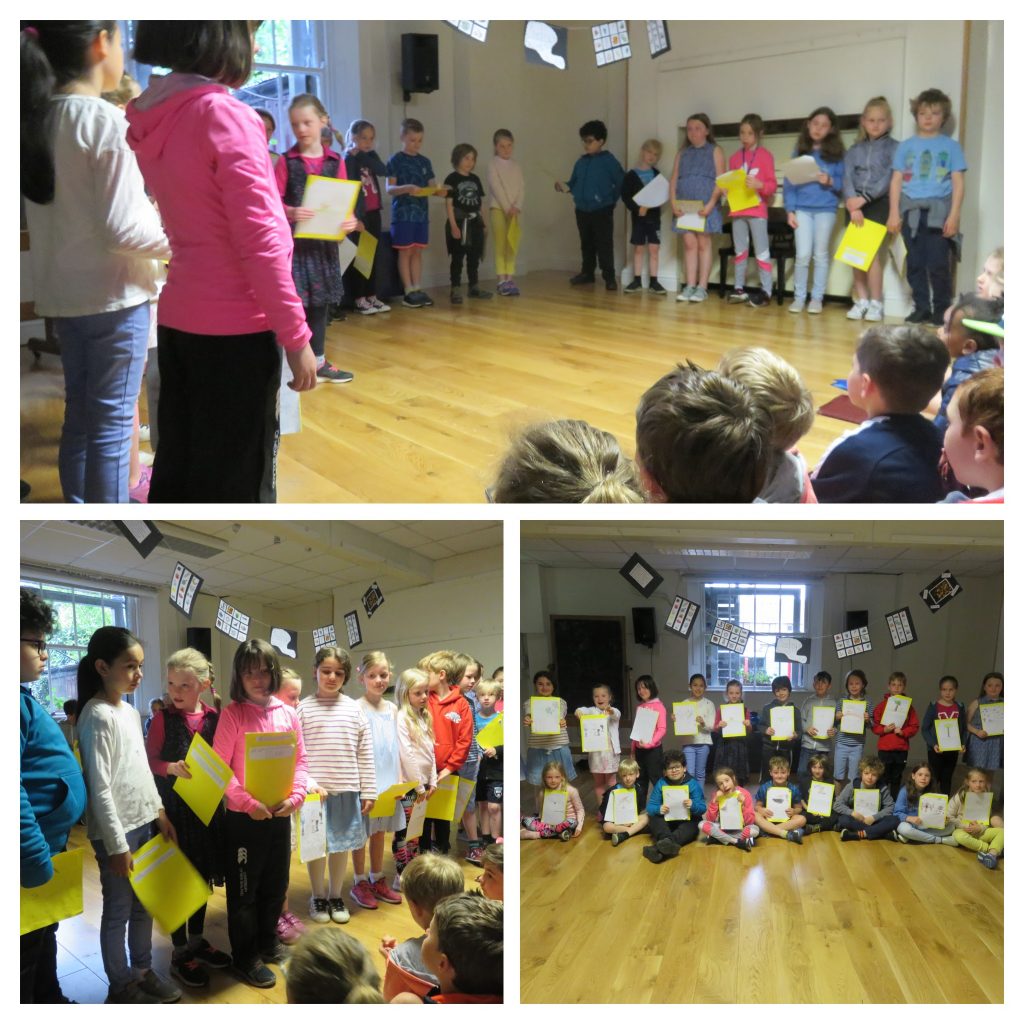 Form Two have been working very hard on poetry. We have studied some famous poets and wrote our own poems too. We performed some poetry for the rest of the school for class assembly on Wednesday. We became poem detectives, hunting down clues as to how some of the poems were held together. Poet Michael Rosen says that poems bring words together using ‘secret strings’. Secret strings can be; rhyming words, a rhythm pattern or a similar theme connecting the poem, as well as a contrasting theme running through the poem. We also hunted for words being repeated, onomatopoeia, alliteration, and assonance. We had great fun performing Shel Silverstein’s poem ‘Sick’. We added many actions and different voices to bring this funny poem to life.