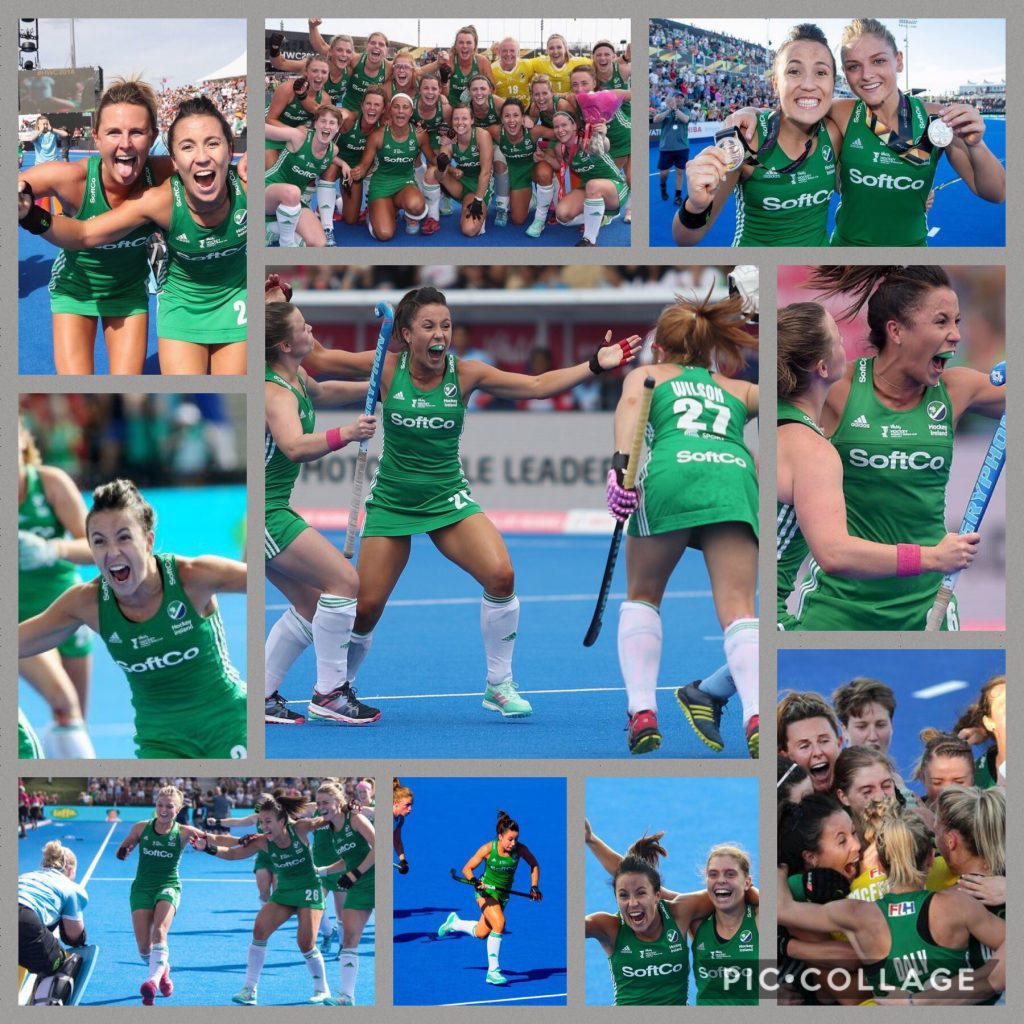 Warmest congratulations to RJS Old Scholar, Anna O’Flanagan, who performed so heroically as a part of the successful Women’s Irish Hockey team at the recent World Cup in London.

Anna and her team-mates defied the odds with a series of incredible performances, beating the USA, India (in both the group stage and Quarter Finals) as well as Spain to set up a World Cup final with favourites the Netherlands!!

The whole nation seemed to become hockey mad as the Irish team kept on winning to become the first senior side to represent Ireland in the world final of any sport.  Anna, who was RJS Girls Hockey Captain in 2002, played a vital part in every game, scoring twice in the tournament against India and Spain to bring her overall total for Ireland to 65 goals.  Anna’s amazing energy, determination and skill were recognised as she was selected Player of the Match in the semifinal win over Spain.

Three Rock Rovers with her RJS friends and playing in matches representing our school. Indeed, as captain Anna, lifted the Girls Cup for RJS in a memorable final. (see left!).  We are all very proud of her and can’t wait to see what the next stage of her adventure will bring – fingers crossed for the Tokyo Olympics!

Anna is our second recent international Hockey Hero, following the fantastic successes of Mitch Darling who represented Ireland at the Rio Olympics.  Mitch was also RJS Captain for the Class of 2000.

Hopefully all of this hockey excitement will put a spring in everyone’s step as the new RJS hockey season approaches in a few weeks time.  Maybe we might even have another Irish international somewhere in our ranks?  Let’s all hope for a fun and rewarding hockey season ahead!!