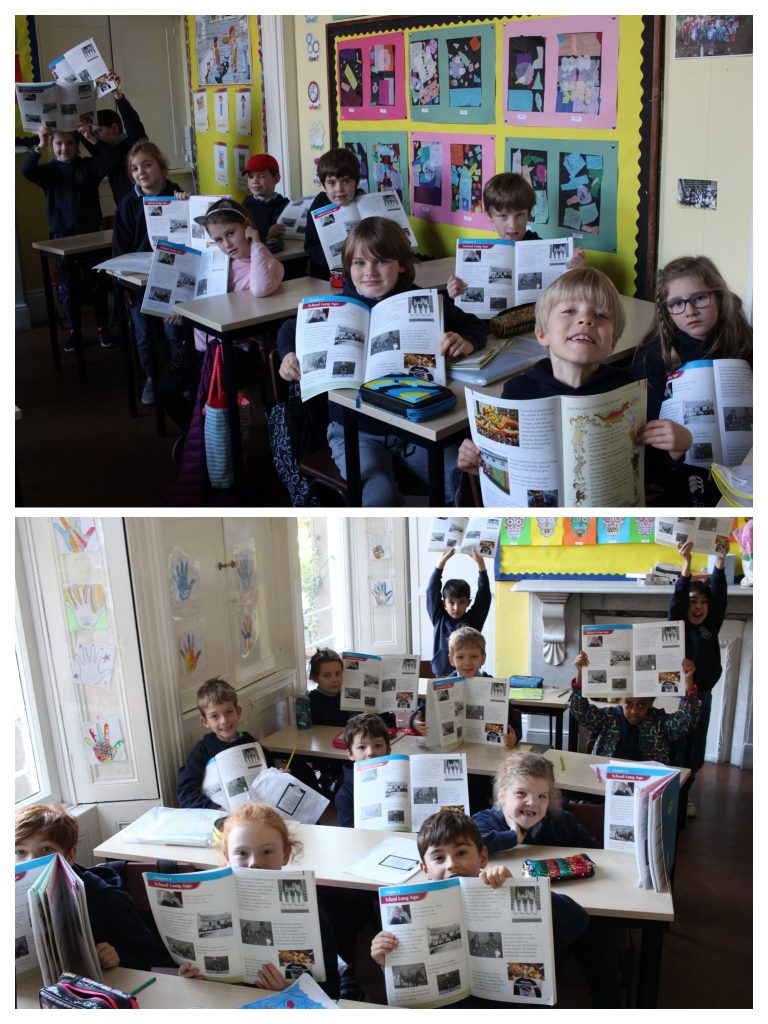 Form Two have been learning about school life in the past. We interviewed an older person in our family and found out about their own experiences at school. It was clear that the further back in time we went the less people appeared to like school. We all think that this was because of punishment and the way lessons were taught, but we also found out that classrooms were mainly heated by fires and the children or their parents often had to bring in the fuel!  Some classrooms had no heating at all!
We wrote this piece about some popular games that children played many years ago:
‘Tip the can’ was a popular game in schools in the past. It was played with an old empty can in the centre of the playground. The person who is “on” has to spot the other children hiding in the playground. When she spots someone she touches the can and shouts “Barry is in the can!”. If you can sneak your way to the can without being caught, you can tip it and free everyone who has been caught.
It was really interesting learning about school life in the past and it has definitely made us appreciate our modern conveniences and the happy school which we are all a part of now.
by Form Two