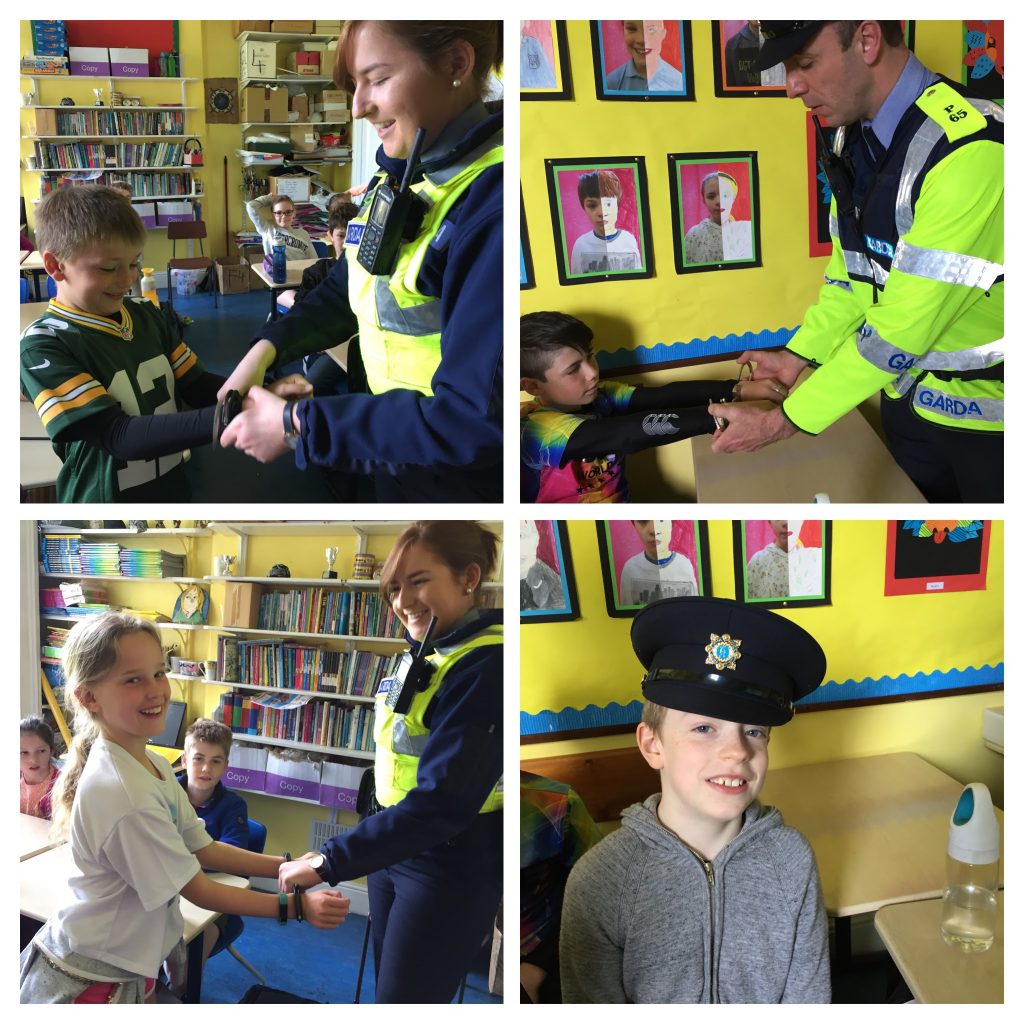 On May 13thMrs Glass went out of the classroom.  We were waiting for Mrs Glass to come back but unexpectedly she walked back in the room with two Gardaí behind her! We were wondering what they were here for. Then they stood at the top of the classroom and introduced themselves as Garda Rachel and Garda Martin. After they were done introducing themselves they asked us if we knew what to do in a robbery and what two numbers you should call everyone knew that the first one was 999 but when asked the second number only a couple of students knew the second one which was 112. After that they showed us their tool belt first they showed us their batons which were REAL STEEL next they showed us their handcuffs which had a lock and were also made of REAL STEEL then they showed their pepper spray and hat Sam and Mathis got to wear the hat.