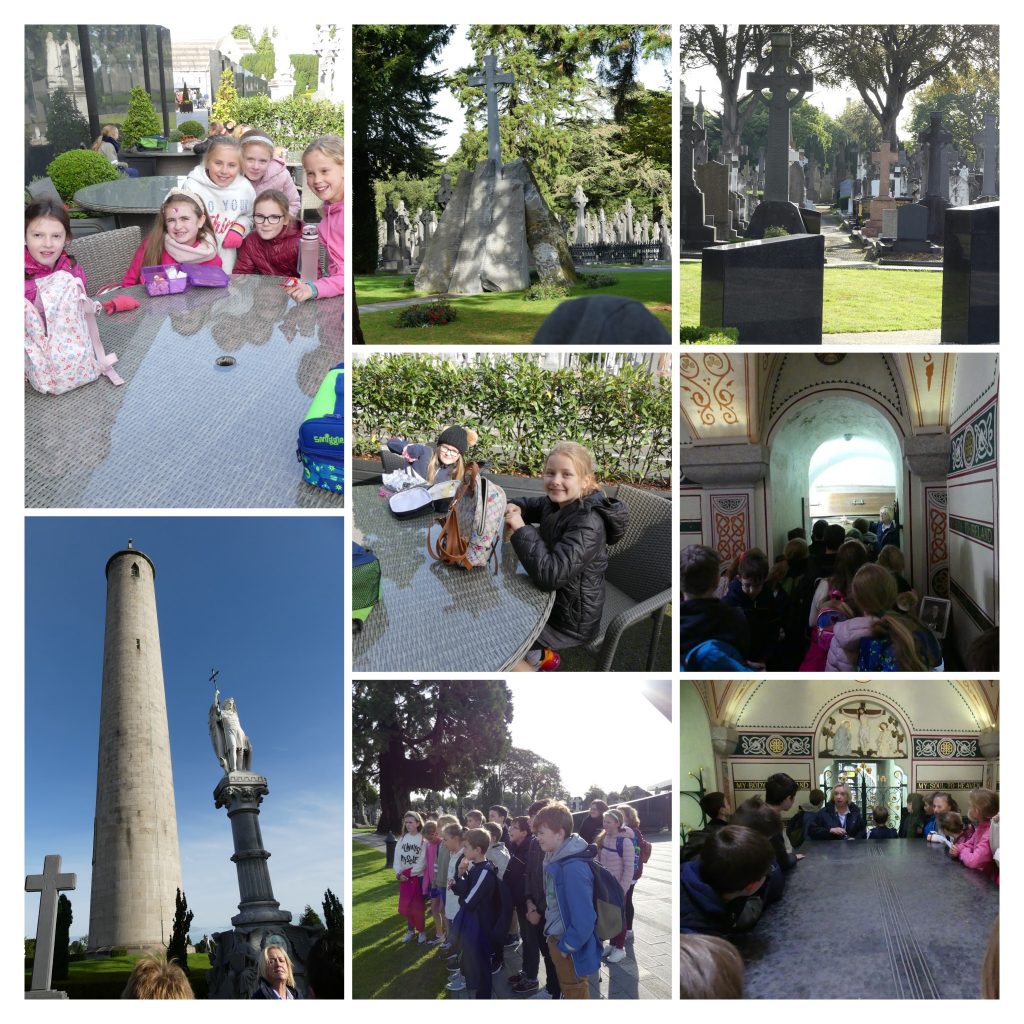 On Wednesday 2nd October Form 5 went on a trip to Glasnevin Cemetery. It was a beautiful, sunny day and when we arrived we were met by a guide called Bridget.

She showed us around Daniel O’Connell’s tomb and we were able to touch his coffin for luck. She also told us about a bomb that was placed in the tower that blew up the stairs.

After we were shown the cholera pit and the memorial to all of the Irish soldiers that were killed in the First World War. There was also a memorial to victims of the Titanic disaster.

We learnt so many amazing facts such as that there are mre people buried in the cemetery (1.6 million) than people living in Dublin today.