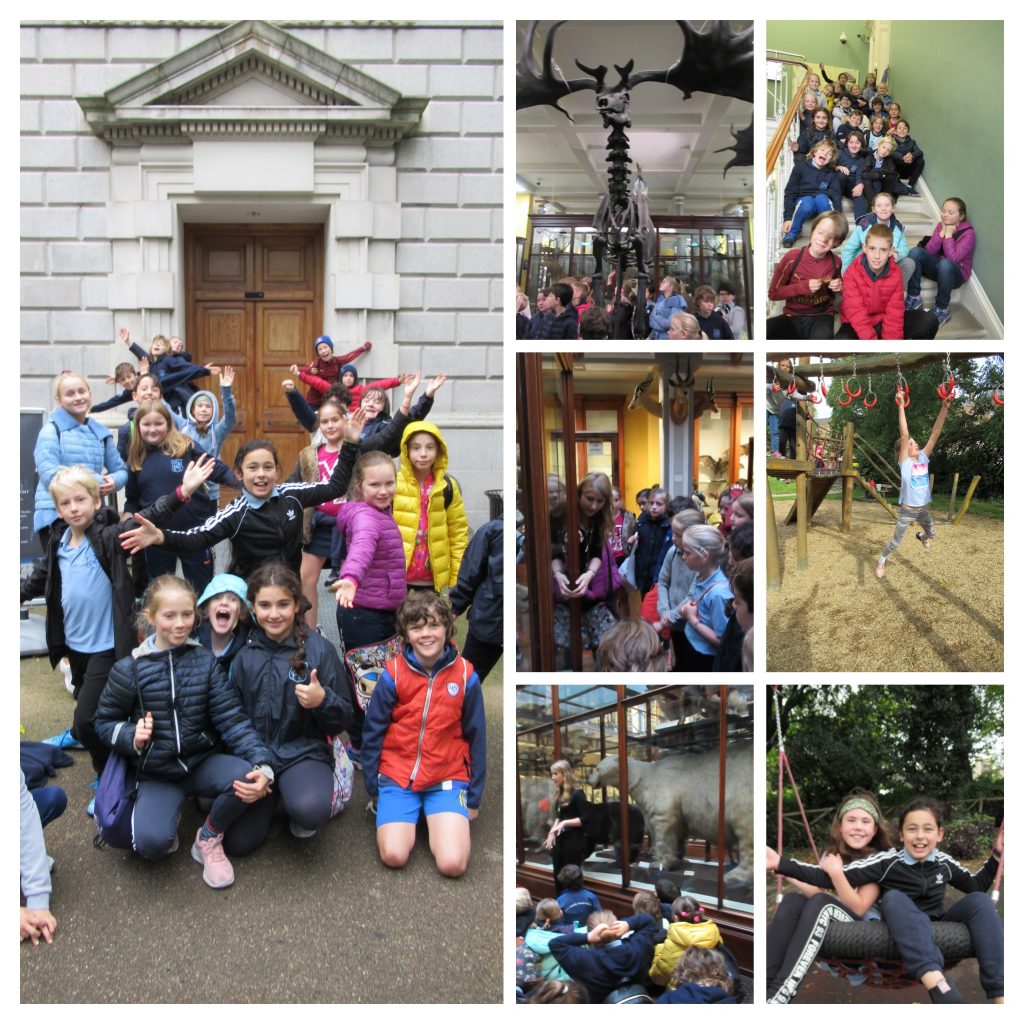 First, we caught the bus into town. When we got off we walked to the museum. We waited outside until they were ready for us. Then we met our guide Emma and went inside.

The first thing Emma talked about was the Giant Irish Deer. We learnt that they found them in a bog in Ireland and that the males had antlers but the females didn’t. Then Emma brought us to the birds. There was a huge bird called White-Tailed Sea Eagle. We learnt about how they were extinct from Ireland but they were reintroduced from Norway.  Next, we went to look at a Basking Shark. It was the actual skin but the inside was made of wood. We learnt that they don’t have teeth and they eat plankton. They drink an Olympic swimming pool full of water each day.

After that, we went upstairs and Emma showed us the Australian marsupials. We learnt that the babies are born and then they live in their mother’s pouch for two years. Then they stay with their mother for another few years. After that we learnt about the Tasmanian Wolf. Emma told us about the farmers killing the wolves because they didn’t want them to eat their sheep. The last two pairs were shipped from Australia to London but they died on the way. There was another pair in a zoo but they found out they were both boys.

After the tour, we had a quick snack and then we went back into the museum.

Mrs Glass took us to the bird section and talked to us about the project she is going to set. Then she let us go around on our own and choose our favourite animal to draw and answer questions about.

At around 12.15 we left the museum and crossed the road to Merrion Square where we ate our lunch and played on the playground. We had a big game of tag. It was so much fun.