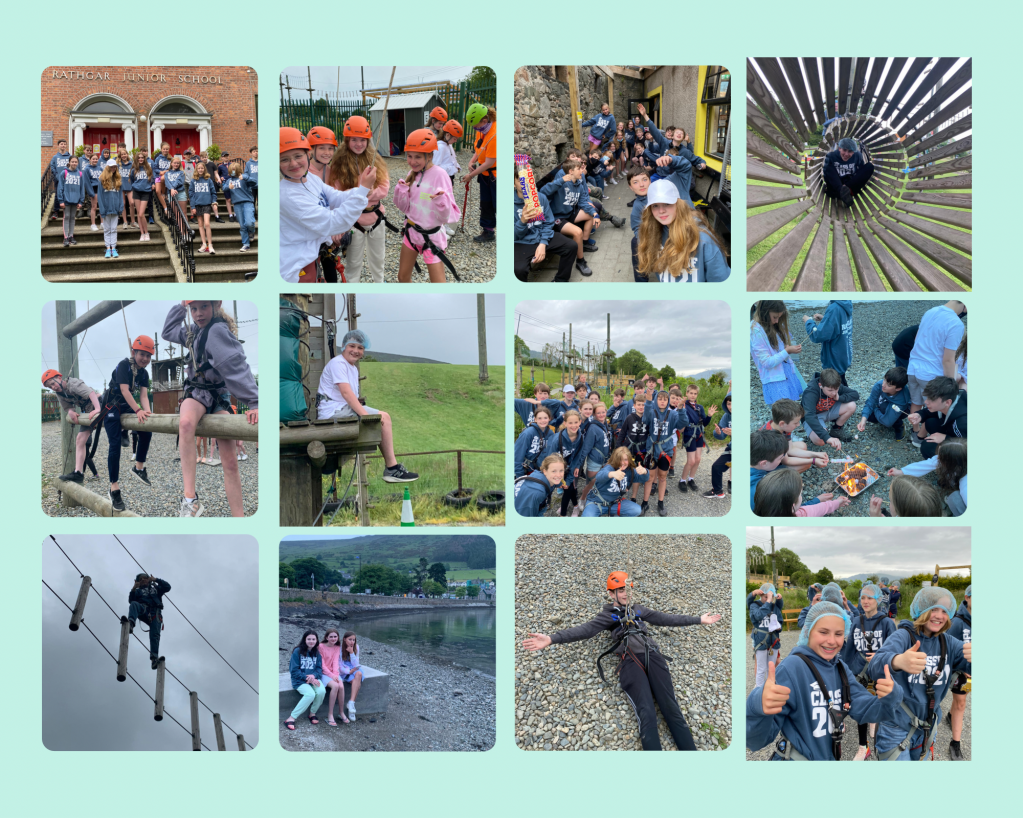 Form 6 were lucky enough to be able to take part in the first overnight stay in Carlingford Adventure Centre this year. After we arrived we went straight to the Skypark to try out the high ropes course. This was followed by canoeing on Carlingford Lough and the water trampoline. After such a long day, you would think that bedtime weighed heavy on the mind. Instead we had a beach BBQ to roast marshmallows. In the morning, after what can only be described as minimal sleep, we were up early to head to the climbing centre. This was a real test of nerve and it was great to see so many children reaching the top of the tower. We had such a great time and it was a perfect way to finish the year.